Whole genome sequencing analysis (WGSA) provides the best resolution for bacterial isolate typing and possesses the potential to identify transmission pathways. The aim of the study was to use WGSA to clarify possible transmission events involving two suspected outbreaks of the Staphylococcus aureus hospital in Ghana and to describe genomic characteristics of the S. Sampled aureus isolates in the outbreaks.

Introduction: Staphylococcus aureus causes a variety of serious infections including meningitis, septicemia, pneumonia, endocarditis, and osteomyelitis. Aureus (MRSA) is of particular concern because of its extensive antibiotic resistance and its association with persistent outbreaks in hospitals and in the community. Besides the relevance of MRSA to public health, methicillin-susceptible S. Aureus (MSSA) is commonly involved in bacteremia and inflammation of the skin and soft tissue (SSTI). The relative high prevalence of pvl genes, a pore-forming toxin associated with SSTI and severe necrotizing pneumonia is a striking feature of clinical MSSA isolates from Africa. This function of African MSSA isolates is of interest as the highly productive community-associated MRSA clones are also characterized by frequent pvl gene carriage.

With the advent of next generation sequencing technologies, the field of microbial genomics is progressing at a rapid pace. Whole genome sequencing analysis (WGSA) is superior to bacterial typing methods because it provides better resolution of bacterial isolates and is particularly suitable for highly clonal bacteria such as S. Aureus Aureus. WGSA had been applied to S in previous studies. Aureous and used to describe MRSA's intercontinental and local transmission, investigate outbreaks, predict antimicrobial resistance, and type bacterial strains. In general, WGSA's applications to research S. For several countries, aureus and other microbial pathogens were treated to a very small extent in many countries in Africa.

Methods: The research was performed at Korle-Bu Teaching Hospital and Lekma Hospital respectively where the alleged outbreaks occurred in 2012 and 2015. The S- There were three origins of aureus isolates obtained from the two hospitals, including transport, infectious disease, and the climate. The S complete genome sequencing. The aureus isolates is executed and the sequence reads mapped to the S. Auroreus strain reference genome USA300 FPR3757. A phylogenetic tree with a maximum likelihood was rebuilt. Multilocus sequence typing along with antimicrobial resistance analysis and virulence genes was performed using the SRST2 for fast reading mapping.

Results: A reported outbreak of three S occurred in January 2012 at KBTH's Department of Child Welfare. Cases aureus. In case one, S. Aureus was removed from the blood of a 4-month-old baby girl admitted to the Emergency Ward. She had spent 5 days at the emergency ward and was then moved to another ward (designated P2), where she died. The second case was identified four days after the first case and was isolated from a 5-day old baby boy's cerebrospinal fluid, which was admitted to the emergency ward. Later, the child was moved to the ward P2. Two days on from the second case, S. Aureus was removed from a 4-month-old baby girl’s semen. Like the first two babies, this baby was admitted to the emergency ward and later moved to the ward P2.

KBTH's Infection Prevention and Control Unit called for an investigation into the situation after the baby's first case death. It has been identified as the babies from which S. Aureus shared the same breathing apparatus. Babies shared the same cot and were connected to one oxygen cylinder by tubes (giving set lines). Clinical staff confirmed that due to inadequate respiratory apparatus, they are resorting to this practice.

Following this development KBTH has taken steps to disinfect the deceased baby's materials (cot and bedding). Blood specimens for culture were collected from babies who were nearby and shared tubes with the deceased infant, but no bacteria developed in the specimens. A Nasal Carriage Test of S. Aureus was performed in the unit as well as environmental screening among babies, their mothers and health-care personnel. S carriage Nasal. Aureus and MRSA, respectively, were 49.7 per cent (88/147) and 4.8 per cent (7/147). Environmental specimens collected from equipment and surfaces in hospital wards yielded S. Prevalence of aureus and MRSA of 27.5 percent (39/142) and 11.3 percent (16/142), respectively. During this period, KBTH's bacteriology laboratory kept monitoring of S. Aureus isolates recovered from all hospital patients; an average of five S clinical isolates. The aureus are reported daily in this lab.

The S- The aureus isolates belonged to different types of sequences (STs) with the most common ST15 and ST152. All isolates carried the blaZ gene, and also observed low prevalence of tetK and dfrG genes. All the isolates were negative about mecA. The genes of the pvl were common and observed in distinct lines revealing diverse Sa2int phages. The genomics data at Korle-Bu Teaching Hospital revealed multiple transmission events involving S. Auroreus ST15 involves contamination of various surfaces in the emergency pediatric ward where the outbreak occurred.

Conclusion: Dissemination pattern of the ST15 clone in the Korle-Bu Teaching Hospital emergency ward illustrates a fundamental issue with the hospital's disinfection of environmental surfaces. Various phage populations rather than a single highly transmissible type of phage is likely to mediate the high prevalence of pvl genes among the genes S. aureus isolates. 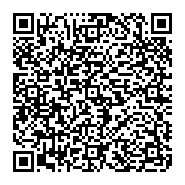