Background Breast cancer mortality rate is increasing among women in developing countries a condition that might be brought about by lack of knowledge of fundamental elements necessary for cancer prevention. Purpose To ascertain level of breast cancer knowledge across some socio-demographic variables among women in Ebonyi State Nigeria Method A total sample of 1,845 women was used for the study selected through multistage sampling technique. A 40- items questionnaire eliciting answers on knowledge of cancer symptoms, risk factors, prevention methods and cancer treatment options was used for the study. Descriptive statistics of frequency and percentage were used to answer the research question while Chi-square statistic was used to test the hypotheses at an alpha level of 0.05. Results Knowledge of breast cancer was found to be on the average (48.72%); differed by age with younger women (35-44 yrs/56.43%) displayed higher knowledge of breast cancer than the older ones (45-54/46.03%); women with post-secondary education (67.66%) had higher knowledge than those with secondary (60.16%), primary (49.03%) and non-formal education (39.01%); urban women (55.61%) were more knowledgeable than rural women (47.81%). Chi-square analysis indicated that difference in knowledge was significant for educational attainment, age and location of residence. Conclusion Breast cancer knowledge of women in Ebonyi State is on the average and differed significantly by education, age and location of women. Consequent it is recommended that breast cancer education should be used to improve their knowledge of the disease, especially for those with non-formal education, older women and those in the rural areas through interventions by government and non-governmental agencies and through curriculum revision for schools.

The Role of Emerging Disease Health Education: A Systematic Analysis

Initial Certification and Maintenance of Simulation for Medical Specialty In the United States of America, credential

Surgical skills simulation (SSS) tests the application of factual knowledge and shows how knowledge is applied, representing the second and third levels of Miller’s Pyramid of Learning. SSS permits high-stakes scenario testing in safe environments. Therefore, SSS incorporation into initial specialty certification began in 2002 in Australia and New Zealand. The United States began SSS incorporation into specialty certification in 2008. This paper will determine where the United States stands in the process of SSS incorporation into specialty certification. Google scholar Internet and PubMed searches phrased “medical board certification surgical skills simulation”, performed on September 1, 2016 yielded 16 relevant articles. Hand search on September 1, 2016 yielded 7 additional articles. In 2008, cardiac catheterization simulation was required for interventional cardiology maintenance of certification (MOC). In 2010 the American Board of Anesthesiology (ABA) required SSS as part of the MOC program. In 2014, the summative assessment, Colorectal Objective Assessment of Technical Skills became part of the American Board of Colon and Rectal Surgery certification. In 2017, SSS will be added to the ABA initial certification examination. The United States has been slow to incorporate SSS into initial certification and MOC. Assessment validation, capital and recurring costs, personnel, physical facility and time requirements are barriers limiting SSS expansion into specialty certification processes. As SSS allows rapid technical skill assessment, without posing a threat to patients, expansion of SSS into initial certification and MOC programs represents non-maleficence and beneficence, and should be encouraged.

Keeping safe and at work for health professionals: Why prevention has to begin during education and should never stop

Prevention and management of hypertension: Consequences of a Community Health Nurse-led intervention

Hypertension is a major risk factor for Cardiovascular Disease (CVD) with complications such as stroke and heart failure. Knowledge and attitude about hypertension have been indicated to influence practice of healthy lifestyle which has implications for hypertension prevention and control. There are anecdotal reports of sudden death and stroke in Isunjaba. However, there is no documentation about their lifestyle practices relating to hypertension. Health information given by nurses may positively influence healthy behaviours such as exercise, weight control, appropriate nutrition and regular Blood Pressure (BP) checks. This study was designed to assess the effects of a Community Health Nursing Intervention (CHNI) on knowledge, attitude and lifestyles relating to hypertension among residents of Isunjaba, Imo State, having the economic advantage of population-focus study in mind. There was significant difference in knowledge, attitude, and lifestyle of the two groups after intervention, P value<0.05. Health Education about hypertension to improve knowledge, attitude as well as positive lifestyles among populations should be supported by nurses, agencies and the Government.

Assessment of Knowledge, Attitude and Prevention Practices of Farmers toward COVID-19 Pandemic in the Central Highland of Ethiopia

COVID-19 is an emerging contagious viral disease caused by SARS-CoV-2 that threatens and disturbs humanity. A cross-sectional study was conducted in three districts of the central highlands of Ethiopia from July 2020 to September 2020 to assess the knowledge, attitude, and prevention practices of the farmers toward the COVID-19 pandemic. A total of 131 respondents were participated in the present study of which 37.8% (49) were from Ada’a Berga, 31.3% (41) from Ejere, and 31.3% (41) from Walmara district. Majority of the study participants 86.3% (113) were male, whereas 77.1% (101) were between ages 18–39 years with an average age of 45.34+1.079. All present study participants have heard about COVID-19 cases in which 91.6% (120) of them get information from mass media whereas 6.9% (9) of them from family and friends. In the present study, 90% (95% CI: 83.67-94.05%) of the respondents have good knowledge about the COVID-19 pandemic. Based on the computation of multivariable logistic regression, only occupation of the study participants showed statistically significant association with knowledge level about COVID-19 pandemic (p<0.05). The odds value of poor knowledge for respondents relying on agricultural activities was 23 times more when compared with government employees. Concerned with prevention practice of COVID-19,57.3% (75) and 71% (93) of the respondents said that frequent hand washing for 20 seconds and avoiding handshaking are essential to prevent COVID-19 infection respectively. Even though the present study participants have good knowledge and attitude toward COVID-19, they are practicing poorly for which they may be affected negatively. Therefore, implementation of one health approach to utilize different knowledge source materials and man powers is important to combat COVID-19.

Background: Hospitalization of neonates in NICUs may subject mothers to shock and depression as a result of giving birth to babies who have low birth weight or premature babies and hence very fragile. This type of hospitalization disrupts the family process and subjects the parents of these babies to a state of crisis and disarray. These challenges range from social, economic, physiological and psychological in nature. There are no support groups for mothers with preterm babies to share their pain, experiences or interact with other mothers with similar problems. Over all, the problems of preterm babies may be in the increase yet not satisfactorily documented in the Ghanaian context.

Purpose: This study seeks to explore the social support system and its influence on maternal experiences.

Methodology: The study used exploratory descriptive design. The Study was conducted in the Tamale Metropolis, specifically targeting women with preterm babies undergoing treatment at the Tamale Central Hospital. The purposive sampling technique was used to recruit participants for the study. A semi-structured interview guide was used to conduct face-to-face interviews with participants. The tape-recorded interviews were then transcribed verbatim and analysed manually with the content analysis approach. The results were analyzed using thematic analysis.

Results: The findings of the study demonstrated that when the participants were provided with information on how to care and were also shown how to provide the caring activities, they developed confidence in taking care of their preterm baby.

Signs of Heart Problems in Children and Teens

Adverse childhood experiences impact a large portion of the population in the United States [1]. Adverse childhood experiences, or ACEs, are potentially traumatic events that occur in childhood, between birth and 17 years of age [2]. As identified by the Centers for Disease Control and Prevention (CDC)-Kaiser study, there are 10 ACEs split into three groups [3]. The first group is abuse including physical, emotional, and sexual abuse. The second is neglect, both physical and emotional. The last is household dysfunction which includes the mother being treated violently, divorce, incarcerated relative, substance abuse, and mental illness. These experiences are characterized by aspects of the child’s environment that can undermine their sense of safety, stability, and bonding. According to the CDC, about 61% of adults surveyed across 25 states reported that they had experienced at least one type of ACE, and nearly 1 in 6 reported they had experienced four or more types of ACEs. Traumatic experiences in childhood have lifelong consequences. Studies show that ACEs have the potential to disrupt early brain development and increase the risk of a range of physical and mental health disorders [4]. Results of a 2017 study, “Unpacking the impact of adverse childhood experiences on adult mental health,” indicate an increased likelihood of experiencing drug use, moderate to heavy drinking, suicide attempts, and depressed affect in adulthood with increased experiences of ACEs [5]. ACEs have also been linked to an increase in healthcare utilization and spending. Studies have found that high ACE levels were associated with greater chronic disease burden and greater health care utilization in adulthood [6]. 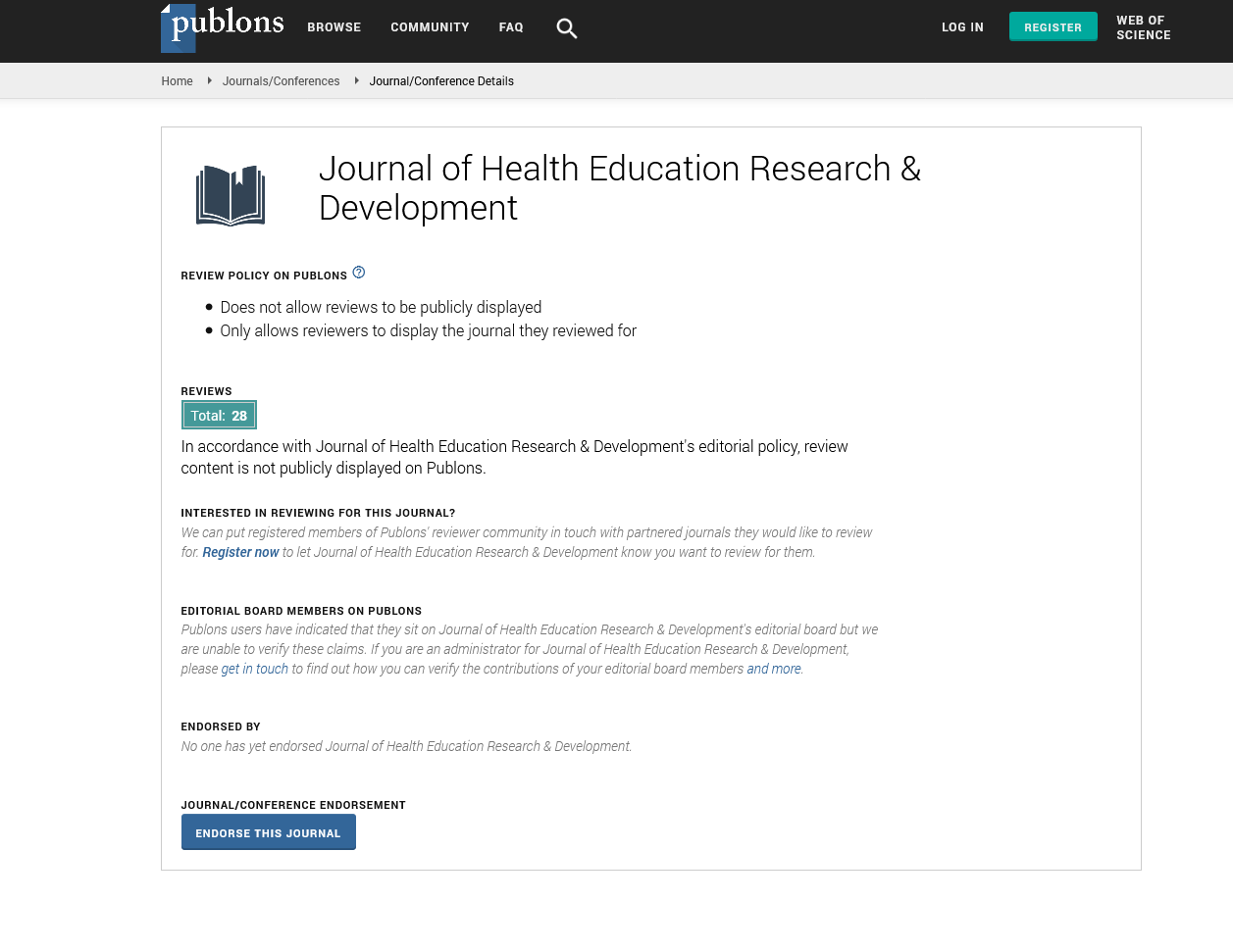