Females with germline BRCA1/BRCA2 (BRCA) P/LPV are given a tight surveillance programme from the ages of 25 to 30 that includes risk-reduction interventions and aims to detect certain cancer types early. Numerous national and international surveillance standards have been created and updated over the past 20 years by a wide range of countries from all over the world. Between January 1, 2015 and May 1, 2022, we searched for regulations that had been published. A few notable examples include variations in primary prevention recommendations, mammography screening in young (30 years) carriers, MRI screening in carriers older than 65 years, any breast imaging after a risk-reducing bilateral mastectomy, while pregnant or nursing and hormone replacement therapy. Beyond official advice, BRCA carriers' concerns also centre on fertility preservation, the management of menopausal symptoms in cancer survivors and pancreatic cancer surveillance; some of these fears lack adequate evidence to warrant evidence-based recommendations. This paper examines these unresolved issues and emphasises the importance of further investigation in facilitating the harmonisation of global standards for the best monitoring strategies. The unmet need for individualised risk assessment and follow-up in BRCA P/LPV carriers is also brought to light.

The first clinically significant genetic risk factors found in families with an unusual cluster of breast and ovarian cancer known as Hereditary Breast Ovarian Cancer Syndrome (HBOC) were germline pathogenic/likely pathogenic variants (P/LPVs) in the BRCA1 (OMIM 113705) and BRCA2 (OMIM 600185) genes [1,2]. It was subsequently shown that these genes, primarily BRCA2, contributed to the susceptibility to prostate cancer [3], male breast cancer [4] and pancreatic cancer [5,6]. In a recent large family-based investigation, it was found that carriers of BRCA2 P/LPVs have a statistically significant increased risk for stomach cancer, but not for prostate cancer or cutaneous melanoma [7].

Germline BRCA genotyping has traditionally been provided largely to assess the carrier's cancer risks, direct the surveillance plan, or provide risk-reduction strategies [8]. Genetic testing has quickly developed to find biomarkers indicative of potential therapeutic response as a result of the expanding therapeutic role of poly (ADP-ribose) polymerase (PARP) inhibitors in the treatment of early and advanced BRCA-associated breast, ovarian, pancreatic and prostate cancers. Increased incidence of BRCA P/LPV among cancer patients are anticipated as a result of this extension of the population to whom BRCA genotyping is available. BRCA P/LPVs germline carriers may also be accidentally discovered as a result of expanding the use of somatic genomic analysis in advanced cancer situations for the potential identification of molecular targets to direct oncological treatment. Recent research in general populations has shown that the prevalence rates of BRCA P/LPVs (1:200-1:270) are substantially greater than previously thought. These do not include groups like Ashkenazi Jews, where the founder effect has led to an extraordinarily high incidence of the three PVs (2.5%), for example. Therefore, population-based founder PV BRCA genotyping is becoming more accepted and used in some communities. Notably, even though pre-test genetic counselling is not required, anyone who has BRCA P/LPSV as a result of this screening is given a formal oncogenetic counselling session. For instance, genotyping for Ashkenazi Jews has been a part of the health plan in Israel since January 2020 (and is therefore covered by HMOs) and the NHS will soon provide comparable population-based screenings for the Jewish community in the UK. Additionally, it is anticipated that population-based genetics initiatives, the UK Biobank, along with more widely available and reasonably priced direct-to-consumer genetic testing, would substantially increase the rates and numbers of asymptomatic BRCA P/LPV carriers globally.

The possibility of a growing population of BRCA P/LPVs carriers who are cancer-free poses problems for the healthcare system, including a lack of genetic counsellors, a lack of community-based high-risk clinics, a lack of qualified doctors for carrier comprehensive surveillance management and a lack of MRI resources, to name a few. Since the early 2000s, numerous national and international surveillance guidelines have been developed, published and updated (some of them will be reviewed herein). These suggested plans are flexible, though, as they vary by continent and country. The management advice for healthy BRCA P/LPV carriers is the subject of some of the most pressing debates and unanswered questions in this evaluation. It is hoped that emphasising the similarities and differences across the current guidelines will encourage global dialogue and harmonisation initiatives.

Between 1 January 2015 and 1 May 2022, guidelines revised or published in English (or translated into English) by national and international professional organisations or working groups were looked up in MEDLINE and online sources. Guidelines for monitoring germline BRCA P/LPVs carriers who are healthy (i.e., cancer-free and asymptomatic) were also included.

Only three of the fifteen guidelines considered in this review-the National Institute for Health and Care Excellence (NICE), the French National Cancer Institute (INCA) and the Australian Government eviQ guidelines-were released by governmental organisations. Professional organisations released the extra 12 guidelines. These geographically different guidelines give their recommendations within the framework of the available literature. While some recommendations exclusively address issues relating to breast cancer screening, others concentrate on the gynecologic care of carriers.

By extrapolating from studies of non-carrier women, some modifiable aspects of cancer risk in BRCA P/LPV carriers have been theorised or presumed. The only factor showing a statistically significant association with decreased breast cancer risk is late age at first live birth (>30 years vs. younger and 25-29 years vs. younger) in BRCA1 (but not in BRCA2) P/LPV carriers, according to a meta-analysis of 44 studies published in 2014 on hormonal and exogenous risk factors for breast cancer in BRCA P/LPV carriers. The apparent protective impact of early births in the non-carrier population as a whole contrasts with this tendency. The authors offered two explanations for this discrepancy: (1) the effect of age at first live birth differs between BRCA1 P/LPV carriers and non-carriers; or (2) the potential impact of rrBSO or bias in ascertainment. Smoking and the use of oral contraceptives were shown to be associated with increased breast cancer risks (for both BRCA1 and BRCA2), while breastfeeding and a late age at menarche were shown to be associated with decreased breast cancer risks (for BRCA1) and breastfeeding, tubal ligation and oral contraceptives were shown to be associated with decreased ovarian cancer risks (for BRCA1 and BRCA1a). There is a need for more research on clinically relevant risk variables that can be practically changed. Only the European Society for Medical Oncology (ESMO) and NICE include lifestyle changes as potential actions to be discussed and supported with BRCA P/LPV carriers among the published guidelines evaluated here.

There is a lack of information on the primary chemoprevention of cancer in BRCA P/LPVs carriers utilising hormone modifying drugs (such as tamoxifen, raloxifene, or aromatase inhibitors). Tamoxifen decreased the risk of breast cancer by 62% in BRCA2 P/LPV carriers in the National Surgical Adjuvant Breast and Bowel Project (NSABP) Breast Cancer Prevention trial (P-1 trial), but not in BRCA1 P/LPV carriers (RR 1.67, 95% CI 0.32-10.07). This reduction was similar to the decrease in the incidence of ER-positive breast cancer among non-carriers in the same P-1 trial. This analysis was constrained by the small number of BRCA P/LPV carriers (8/288 and 11/288 were carriers of a BRCA1 and a BRCA2 P/LPV, respectively), despite the fact that this limitation was not statistically significant. Both raloxifene and aromatase inhibitors (AIs) were linked to a decreased incidence of breast cancer in large chemoprevention studies of cancer-free postmenopausal women at elevated risk for breast cancer as determined by family history (but not genotyped for BRCA P/LPVs).

Risk-reducing mastectomy (RRM) was found to reduce the incidence of breast cancer in two meta-analyses, one of which also found a reduction in all-cause death. RRM has been demonstrated to significantly lower the risk of breast cancer in BRCA P/LPV carriers by 90% or more in both retrospective and prospective observational studies. RRM was linked to lower overall (hazard ratio 0.4) and breast cancer-specific (hazard ratio 0.06) mortality for BRCA1 P/LPV carriers, but not for BRCA2 P/LPV carriers, according to Heemskerk- Gerritsen multicenter's cohort study. Reduced rates of cancer treatment, which can be linked to severe morbidity and a lower quality of life, would be predicted to follow lower cancer rates.

Incidence-reducing bilateral salpingo-oophorectomy (rrBSO), according to several studies, decreased the risk of ovarian cancer and overall mortality. A meta-analysis of three prospective studies revealed a 68% decrease in overall mortality and an 80% decrease in ovarian cancer. Another meta-analysis of 10 studies showed that rrBSO significantly decreased the risk of ovarian/fallopian cancer by 79%. Numerous research have evaluated the function of rrBSO in lowering the risk of breast cancer, with the majority finding a lower risk.

The management of cancer-free carriers of germline P/LPVs in the BRCA1 and BRCA2 genes is depicted in this review in a variety of ways, including risk-reducing alternatives, secondary prevention (screening) and treatment of iatrogenic side effects of risk-reducing procedures. Inconsistencies between guidelines and controversies occur with regard to the carriers' medical management. This variation may be explained by different interpretations of the data found in the published literature, a lack of sufficient evidence to support some recommendations, potentially nation-specific cost-benefit analyses, as well as regional and cultural differences in how risk is perceived and how risk-reducing measures are received. These discrepancies are most noticeable in breast imaging, where they relate to surveillance intervals, using MRI in conjunction with other imaging modalities and screening younger (30 years) and older (>60 years) carriers. Some of these discrepancies could be attributed to the rapidly evolving information on risk assessment, the scarcity of reliable data from prospective randomised trials, the interpretation of the literature, the regularity of guideline updates and the cost-effectiveness analyses used by each group or society. Some medical centres utilise their own protocols rather than following national recommendations for carriers' surveillance, which may be due to these controversies. These clinically significant discrepancies also highlight the value of international studies in enabling the harmonisation of worldwide guidelines for the best surveillance methods and suitable counselling for newly diagnosed carriers. Additionally, it highlights the unmet need for individualised risk assessment and follow-up in BRCA P/LPV carriers.

The medical management of healthy BRCA1 and BRCA2 P/LPV carriers is the subject of several debates and various opinions are expressed by worldwide societies. For coordinated counselling and surveillance techniques, new international consensus norms are required. In order to promote informed and collaborative decision-making, it is crucial to inform primary care physicians on the risks and advantages of primary prevention, risk-reducing methods and screening process limits. 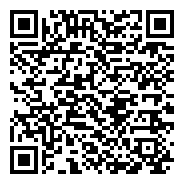