Fireworks: Requisite for Forensics Evolution from Conventional to Green Crackers in India - A Perspective

Fireworks: Requisite for Forensics Evolution from Conventional to Green Crackers in India - A Perspective

Social life in India is enriched with festivals, traditions and cultural events, often, associated with bursting crackers during celebration. Firework exhibition and bursting crackers are a symbol of jubilation. The hazardous effects of fireworks are often obscured by the cloud of smoke and amusement ultimately breeding root cause to severe accidental injuries. Fire accidents occur due to surpassing supervisory measures while handling fireworks [1-3]. The illicit production, sale, illegal trade of crackers is another major direct challenge for criminal judiciary system and regulatory authorities [4-6]. Television, print and social media are crammed with evidences apart from actual incident data where crackers played a major role in crime.

The chemistry of conventional fireworks has not much transmuted since archaic times. Common constituents in fireworks are carbon centered fuel, a reducing agent and an amalgamation of metal salts functioning as oxidant and colourants. The lightening of fireworks commences with an exothermic process engendering smoke as a by-product holding gases like carbon monoxide, carbon dioxide, sulphur dioxide and nitrogen dioxide, as well as suspended particulate matter between PM2.5-PM10. Conventional fireworks also integrate hazardous chemicals like nitrates of strontium, sodium and barium, carbonates of strontium, calcium, barium and copper, sulphates of strontium and calcium, chlorides of calcium and barium, aluminium and magnesium salts, sodium oxalate, copper oxide, iron dust powder and potassium perchlorate, which act as stabilizers, oxidizers and colorants [7]. Both metals and radicals determine the presence of explosive material. All these residues are hazardous in nature [8].

It is well known fact that necessity leads to innovation. In order to obviate some of the harmful effects of conventional crackers, ‘Green Crackers’/‘e- Crackers ’ are being recommended for use across the country. ‘ Green crackers’ as the name suggests, are supposed to be less dangerous as compared to the conventional variety of fireworks. Several agencies have been working inconsistently for the replacement of conventional fireworks with eco-friendly green crackers. The Council for Scientific Industrial Research –National Environmental Engineering Research Institute (CSIRNEERI) and Central Electronic Engineering Research Institute (CEERI) jointly developed ‘green cracker’ formulation by reducing active chemical ingredient by 30 to 40% to be regulated by Petroleum and Explosive Safety Organisation (PESO). With improvised chemical composition, it has the capacity to reduce particulate matter emission and supersede conventional crackers by producing less smoke and less ash [9]. The commonly used metal contents like nitrates of aluminium, barium and potassium have been reduced, to the extent that it does not contain any barium nitrate, one of the most hazardous material [10].

Research & Development are continuously underway to find novel and more effective formulations for Green fireworks. Fireworks composition using nano flash powder containing aluminium, potassium nitrate and sulfur result in easier ignition and increased burning rate, which is attributed to its increased surface area. Also, combustion reduces residue i.e., less ash and less smoke is produced due the nano size [11]. Studies illustrate reduced use of sulfur constituent by its replacement with tamarind seed powder and adding nano particles of potassium nitrate and aluminium [12]. Even, studies were undertaken by changing flash powder content (potassium nitrate, aluminium and sulphur) composition, paving way for ‘green crackers’ [8]. Eco friendly crackers with nitrogen rich compounds like nitrocellulose are perchlorate free and use in minute quantities, i.e., about one tenth the amount of barium. They readily associate with colourants of strontium or copper compounds to make crackers burn cleaner with production of minimal smoke [13]. The improvisation in conventional crackers was indispensable to improve the health of the human and environment i.e. the ecosphere. ‘Green crackers’ have explicitly shown reduction in residue, smoke and quantity of hazardous metals without compromising on the performance ability. Studies have also revealed that these green crackers possess low ignition temperature, have increased burning rate and show very high sensitivity to impact and friction. This is primarily caused due to increase in surface area of chemical constituents, giving rise to higher explosions [11]. This indicates that they still have potential to cause fire hazards. It should not be assumed that ‘green crackers’ are completely safe or harmless. However, there is an increased risk of hazards and accidents if the quantity of nano-particle used in its manufacture is unregulated as per standards. As the degree and capacity to cause fire hazard changes, so has the challenges for forensic scientist.

Supreme Court’s order to restrict use of conventional crackers in 2017, India, especially, Delhi, has witnessed festivals without cracker sale [14]. This has indeed reduced pollution levels, shown reduced impact on health of humans and consequently, averted fire accidents. The criminal law system should also be framed with respect to green crackers, to check on illegal manufacture and trade which may crop up during festival seasons and overlapping celebrations, also to prevent illegal activities [15]. Finally, the Forensic analysis is involved in chemical analysis of seized illegal fireworks referred to the laboratories. In case of un-exploded fire crackers, the sample generally comprises of pristine constituents. Fireworks associated incidences always have an intricate amalgamation of combustion products and combustible products in residues accumulated from scene of incidence. It is a herculean task collecting the relevant samples from the scene of crime area to undertake a forensic analysis. The post-blast analysis of trace chemicals is categorically strenuous because traces are frequently trapped in or deposited on heterogeneous composite debris materials. As the quantity of metal ingredient is already reduced in composition of ‘green crackers’, less ash is produced, therefore, detection of chemical constituents would involve accurate sampling methods and precise choice of sensitive technique. Hence, the examination of post-blast residues of ‘green crackers’ poses diverse challenge for forensic scientists due to intricate matrix and trace evidence in residues.

The analysis methods to identify inorganic and organic components in ‘green crackers’ at nano gram levels must be properly conceived. As per the study, the chemical constituents of ‘green cracker’ compounds may include aluminium, potassium, magnesium, barium nitrate, Dextrin, iron powder, aluminium silicate, boric acid (Hydrogen borate), potassium nitrate, potassium permanganate and Sulphur. Several modern spectrographic and chromatographic techniques are available to quantitatively determine inorganic and organic materials in fireworks [16]. Metal detection can be successfully done by Atomic Absorption Spectrometer, Inductively Coupled Plasma (ICP)-Optical Emission Spectrometry/Atomic Emission Spectrometry. Post blast Residue analysis by Fourier Transform- Infra Red spectroscopy and Scanning Electron Microscope showed composition and surface topography of chemical compounds in residues like aluminium oxide and potassium sulphate [11,17]. Ion Chromatography-Mass Spectrometer(IC-MS) has high sensitivity and accuracy in identifying anions up-to nano gram and microgram levels. The confirmation in identifying inorganic and organic components in intact explosive and their subsequent post blast residue analysis by mass spectrometry is equally encouraging for forensic analyst [18]. The identification of constituents of a green cracker is a complex task for forensic scientist as it not only involves selection of suitable analytical and instrumental strategies, an appropriate and sizeable sample collection but also includes unbiased interpretation results. Also, the samples are limited so a comprehensive knowledge of various chemical constituents and their products is essential for a conclusive report. As the role of forensic expert is amplified to being a scientific witness for the courts to establish a crime, a correct identification of the constituents in a green cracker is a necessity.

A judicious coalescence of stringent regulatory control on ingredients of ‘green cracker’ and vigorous community sensitization would simultaneously move society towards safe use ‘green crackers’. It should also be noted that the low ignition temperature of ‘green crackers’ escalates the probability of accidental fire hazard. The earnest damage threats and lack of scientific certainty to prove the irreversible effects make steps tough for forensic analyst as fire hazard is destructive in nature, which means major part of evidence may have been destructed. The scientific examination of ‘green crackers ’ is augmented as less smoke and less ash, signifying that evidences are reduced to trace level in residues. Therefore, the application of relevant scientific technique for collection, preservation of minute scientific details to establish trace evidence is a challenge ahead of Forensic scientist. A scope has been left for the studies to understand the ill effects or pharmacological effects of nano-particles on human body exposed to ecracker fire accidents. Also, the type and quantity of raw material used for the preparation of green crackers must be covered under legal frame to put a curb on illegal trade and use. The Research scientists, Investigating Agencies and Forensic Experts should align together towards safe use of ‘green crackers’ maintaining the requisites that fireworks form an integral part of human celebrations in India. 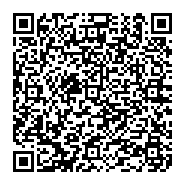