Transdermal drug delivery system is the approach by which a therapeutically effective dose of drug reaches the systemic circulation through skin penetration [1]. This delivery system is of prime attention because of increased bioavailability, penetration, ease of selfadministration i.e noninvasive delivery of therapeutic agent, no hepatic first-pass metabolism and better patient compliance [2]. Various transdermal delivery systems have been investigated for improving drug penetration through the skin including nano carrier loaded creams, transdermal patches and micro needle patches [3]. Among these micro needles are of prime importance because of their succesfull and pain free delivery of therapeutic agent in blood stream and finally the target site [4]. Different types of micro needles are solid micro needles, coated, dissolving, and hollow and hydrogel micro needles [5]. Micro needle patches are easy to design by using moulds with length range of 150-1500 μm, width of 50-250 μm and tip of range 1-25 μm. They penetrate 50-200 μm deep in epidermis and release drug over there [6].

Thiolated Chitosan (TCS) is among the most essential and explored derivative, achieved through the attachment of the thiol group to the primary amine of chitosan via an amide linkage [7].

Azathioprine is a potent immunosuppressant drug that has successfully reduced the rejection rates in organ transplants and autoimmune disorders. It belongs to BCS class II drugs showing low aqueous solubility (0.00402 mg/mL) and high logp=3.19 value [8]. Pharmacokinetic profile of Azathioprine varies from patient to patient that can be explained by two compartment model. After oral administration Azathioprine shows poor ADME with delayed Cmax. Oral bioavailability is also very poor which requires 3-4 times more in oral form than IV. It also undergoes extensive distribution and metabolize completely in liver [9,10]. All the currently available dosage forms of Azathioprine have some limitations that could be resolved by introducing it as micro needle patches.

SEM studies: Differential scanning was performed by using Scanning Electron Microscope (SEM) in which the dimensional analysis of micro needle patches was performed i.e height of needle, length and width of patch and needle pitch etc [12]. In this procedure the micro needle patch was attached on copper grid that was coated with carbon and a drop of ammonium molbydate solution was poured on it [13].

FTIR analysis: Fourier transform infrared studies were performed using FTIR (Agilant technology) to check the compatibility studies of thiolated chitosan, Azathioprine and their micro needle patch [14]. In this study spectras of all the ingredients and in patch form were studied and compared.

The formula to calculate tensile strength is as below:

Percent elongation: Percent elongation of patch was also measured by tensile tester. Patch was placed in the jaws of tester and force was applied. The increase in length of patch after applying load was noted and results were calculated by comparing it with initial length [18,19].

Formula for result calculation is:

Penetration study: Skin penetration study of micro needle patch was performed by using para film by following reported method [20]. The Para film was folded into eight folds. The para film was placed on smooth surface and micro needle patch was placed over it, then force was applied manually for 30 seconds. Rhodamine B was used over the surface; it will help to clarify the holes formed by the needles of patch and also any needle damaged on patch after penetration [21]. Finally the patch was removed and both patch and the film were observed microscopically for piercing and any damaged tip of needles [22].

In-Vitro drug release study: In-vitro drug release study was performed by using Franz Diffusion cell. The micro needle patch with para film was placed between sealed chambers of the cell (donor and recipient) [23,24]. The compartment was filled with buffer solution with pH 7.4, sample was drawn at predetermined intervals for 48 hrs and analyzed by HPLC method [25]. Comparative study was performed by azathioprine ointment as control. The moisture contents of micro needle patches were found between 3.0 to 3.2% (Figure 3a). The thickness of patches was observed between 0.043 mm to 0.04 mm. The results showed non-significant variation in thickness indicating homogenecity in mould filling and mould fabrication (Figure 3b).

This character was analyzed by using tensile tester. Results showed the maximum elongation of 35% by formulation no. 2. Patch 1 and 3 showed elongation of 30% and 33% respectively (Figure 3d).

Skin penetration study of micro needle patch was performed by using para film to confirm the portion made by patch needles. The results were shown in Figure 4a-f. It was observed that the micro needle patches have penetrated into para film layer upto depth of 485 μm. Also the number of holes was counted under the microscope that was 225 holes. Patch needles were also intact which indicate mechanical strength of needles. Moreover, ex-vivo studies for skin penetration were conducted on mice skin in which micro needle patch showed penetration across stratum corneum and deep into dermis. Results shown in Figure 4g-i.

In-vitro drug release study was performed by using Franz diffusion cell (Figure 5a,b). Test was conducted for 48 hrs and the results shown in Figure 5c in which maximum drug release was 85%. The delivery was also observed with Azathioprine ointment in which drug release was only 40% in same duration. After drug release change in patch morphology was observed under microscope (Figure 5e-g), which is the evidence of Azathioprine release in a sustained manner in 48 hrs. HPLC chromatogram of drug in pure form and in patch was shown in Figure 6a. Peaks were observed at retention time of 6.77 minutes. The absorbance observed by all the three formulations of patches was between 87.5% to 91.7%, out of which the maximum absorbance was shown by microneedle patch 2 i.e 91.7%. Figure 6. A HPLC chromatograph of (1) pure Azathioprine and (2) Azathioprine release from micro needle patch. B Standard curve of Azathioprine showing linearity of data over 50–250 μg/mL with R20.9956.

The results in this article indicates that the micro needle patch 2 fabricated with 2% thiolated chitosan showed the best results in terms of tensile strength, percent elongation, in-vitro and ex-vivo skin penetration and drug release as compared to other two formulations of patches. The micro needle patch successfully pierced the skin facilitating better control of drug release from patch over the period of 48 hrs in a sustained manner. Thus micro needle patch of azathioprine containing thiolated chitosan can be characterized for better therapeutic results as compared with already available azathioprine ointment. 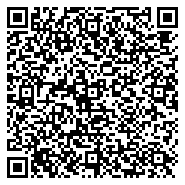