In younger men, testicular germ cell tumours (TGCTs) are the most often identified cancers. Traditional tumour markers, such as -fetoprotein, provide assistance for tracking the progression and recurrence of disease (AFP). It has been noted that elevated levels of AFP, which are biologically produced in the liver and can be found in patients with testicular cancer as well as under other benign liver disorders, might lead to a mistaken interpretation of the clinical course of TGCT. In freshly diagnosed TGCTs, a group of stem cell-associated microRNAs have been shown to outperform conventional tumour markers, however it has never been shown how well these microRNAs can distinguish between particular and non-specific AFP increases. We describe a patient with chronic hepatitis B, normal liver-related blood values and increased AFP levels who also had a primary TGCT that had been surgically excised. First-line PEB chemotherapy was given after clinical staging identified a questionable retroperitoneal metastatic lymph node and other risk factors. Significantly increasing AFP levels during curative therapy led to the suspicion of chemo-resistant illness, necessitating the start of salvage chemotherapy and the surgical removal of the suspected lymph node metastases. With the cessation of chemotherapy, the AFP levels continued to drop, demonstrating chemotherapy-induced liver harm due to pre-existing liver illness. Serum samples with high AFP levels did not contain serum levels of MiR-371a-3p. In conclusion, miR-371a-3p might be a useful biomarker for TGCT patients to distinguish between non-specific AFP rises.

In affluent nations, testicular germ cell tumours (TGCTs), which make up around 1% of all male cancers, are the most often diagnosed malignancies in men between the ages of 15 and 40 [1]. Even if the incidence rate rises over time, the death rate falls as a result of more effective multimodal treatments in recent years [2]. Seminoma and non-seminomatous germ cell tumours are the two main subgroups of TGCTs in terms of prognosis and treatment [3]. The location of the metastases and the concentrations of tumour markers affect the prognosis and treatment of metastatic TGCT [4]. According to the recommendations of the International Germ Cell Cancer Consensus Group (IGCCCG), patients are typically classified and handled. The blood-based tumour markers alpha-fetoprotein (AFP), the -subunit of human chorionic gonadotropin (-HCG) and lactate dehydrogenase (LDH) are frequently followed up on to assess treatment response. However, only about 60% of TGCT patients had elevated tumour markers. Additionally, only 20% of patients with pure seminoma exhibit an increase in -HCG [3,4]. In patients with nonseminomatous germ cell cancer, false positive ("non-specific") elevations of AFP are also possible and can be brought on by infectious liver disease, liver cirrhosis, or hepatocellular carcinoma [5,6]. In addition to lacking sensitivity, these elevations can also be brought on by these conditions. Basically, the liver, the yolk sac and the gastrointestinal epithelial cells are responsible for AFP synthesis [7]. AFP production is restricted to foetal development under normal settings, but increased levels in adults are suggestive of either a malignant process (TGCTs, hepatic tumours), or chronic liver illness [8].

In this case report, we'll talk about a 45-year-old guy who had a swollen right testis when he first came. Right testicular ultrasound indicated a substantial tumour and blood tests revealed an elevated AFP level (365.5 ng/ mL, compared to a normal range of 0 to 15 ng/mL). After surgery, -HCG levels in serum were always within the normal range (1.2 mU/mL), despite being initially somewhat increased (26.1 U/mL). LDH levels remained normal as the disease progressed. The patient had orchiectomy and pure embryonal cancer was determined by histology (3.5 cm in largest diameter; invasion of blood vessels, AFP-positive). A single enlarged retroperitoneal lymph node (1.5 0.9 cm), as revealed by a series of computed tomography stagings, resulted in a clinical stage IIA, or good risk, according to the IGCCCG classification. According to the 2019 EAU guidelines, the patient had vascular invasion in the primary tumour as well as embryonal carcinoma histology, a histological subtype with a high risk of recurrence in stage I cancer. These two factors called for the administration of one cycle of PEB chemotherapy, even in stage I non-seminoma germ cell tumours. In our stage IIA patient, we chose to begin with chemotherapy (PEB, cisplatin, etoposide and bleomycine in accordance with the most recent treatment recommendations [4]).

The patient's medical history revealed that they have been HBs-antigen carriers since they were young. The hepatitis-serology revealed the following results before to beginning polychemotherapy: HBs-antigen positive, HBsantibody 2 and HBc-antibody positive. HBV could not be found using PCR. HAV-IgM antibodies and HCV antibodies were not detected. According to the advice of the consulted hepatologist, a virostatic prophylaxis with Viread (Tenovovir) 245 mg once daily was started as part of the intended cytostatic treatment.

Prior to surgery, an elevated AFP level (365.5 ng/mL) was detectable. After surgery and before the first cycle of PEB, this level dropped nearly to slightly abnormal values (15.2 ng/mL). Despite the fact that radiologic restaging revealed no morphologic tumour development, the serum levels of AFP rapidly increased throughout treatment. Primary platinum-resistant illness was presumed based on the observation of rapidly increasing AFP levels and a non-changing course of the putative lymph node metastases in the radiologic follow-up. As a result, the TIP (paclitaxel, ifosfamide and cisplatin) regimen of more intense chemotherapy was given. After two cycles of TIP, it was necessary to stop the cytostatic medication due to significant polyneuropathy, persistent pancytopenia and grade 3 anaemia. The radiological lesions of the lymph node metastases were unchanged in the follow-up CT scans, despite the fact that the AFP levels were still growing. As a result, a more thorough gastroenterological evaluation of the liver was started, which included a fresh fibro-scan, a liver biopsy under CT guidance and removal of the swollen lymph node. While the lymph node biopsy revealed ganglio-neurinoma with no longer detectable signs of metastatic involvement by an embryonal carcinoma, the liver biopsy revealed advanced liver fibrosis associated with chronic hepatitis B infection and steatohepatitis, consistent with a possible chemotherapyassociated steatohepatitis (CASH). As a result, anticancer therapy was stopped and closely timed follow-up exams revealed a steady decline in AFP levels that eventually approached normal levels one year later.

Hepatitis B, a disorder that is known to possibly be linked to elevated AFP levels in the blood, was present in the patient's medical history when they were seen here. AFP levels increased while receiving curative first-line PEB chemotherapy and again while receiving salvage chemotherapy despite antiviral medication (TIP). Based on liver enzymes or quantities of viral DNA in the blood, there were no indications of hepatitis reactivation. The nonspecific rise in AFP levels in this patient's instance was likely caused by a chemotherapy-related liver damage, which was confirmed by the fibro-scan and liver biopsy. These non-specific AFP elevations in liver disorders have been previously observed and have the potential to misread and incorrectly predict tumour development during curative chemotherapy. MiR-371a-3p has been presented as a potential new biomarker for both primary and metastatic TGCT detection and surveillance. In light of this, our previously employed and published miR-371a-3p assay was unable to identify any quantities of this unique biomarker in the patient's serum samples. Importantly, we recently reported using the same assay that the level of miR-371a-3p was 13.65 fold greater in patients with illness recurrence than in those with no signs of the disease (p=0.014). We saw a 100% sensitivity to detect TGCT with underlying embryonic cancer histology in this previously published investigation. In a different study, miR-371a-3p levels were raised during disease relapses but returned to normal following remission in 46 individuals. In malignant TGCTs, miR-371-3p is generally up-regulated and appears to be abundant in germ cells, where it co-ordinately down regulates mRNAs involved in physiologically relevant pathways. Our research has some limitations. First, since there were no pre-operative serum samples to validate the finding of miR-371a-3p in the patient, we were only able to infer, indirectly, that this biomarker had a high level of specificity in this situation based on our earlier findings. The use of the appropriate housekeeping gene from serum is another constraint, as some more recent research have raised concerns regarding the pre-analytical impact of hemolysis on the concentration of the serum-based microRNAs. Furthermore, we cannot completely rule out the possibility that our patient's tumour tissue does not express this microRNA. First and foremost, the patient was cured and demonstrated a 3-year disease-free survival rate at the most recent follow-up exam. Our case study discusses a rare but crucial clinical scenario when unspecific tumour marker increases are excluded by the application of new biomarkers. Nevertheless, despite its flaws and being based on a single case, our case report has to be supported by bigger case studies or even prospective research. In conclusion, non-specific elevated AFP levels represent an uncommon but critical clinical problem in TGCT patients receiving curative treatment. Although there is currently only one case report that shows miR-371a-3p can reliably distinguish between specific and non-specific AFP levels, more prospective studies are required to show this unique tumour marker's improved diagnostic performance in this particular clinical setting.

Using a miRNeasy Kit (Qiagen, Hilden, Germany), total RNA was extracted from 200 L of serum in order to isolate miRNA from the samples. Human serum samples were used to evaluate the expression of miRNA in a three-step process. Reverse transcription (RT) was carried out for the production of cDNA using 50 ng of total RNA and a pool containing four distinct 5 RT primers (TaqMan miRNA Assay specific for miR-371a-3p, miR-367-3p, miR-93-5p and miR30b-5p, Thermo Fisher, Waltham, MA, USA) in accordance with the manufacturer's instructions. This allowed for the simultaneous reverse transcription of four miRNAs. 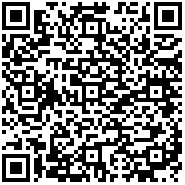 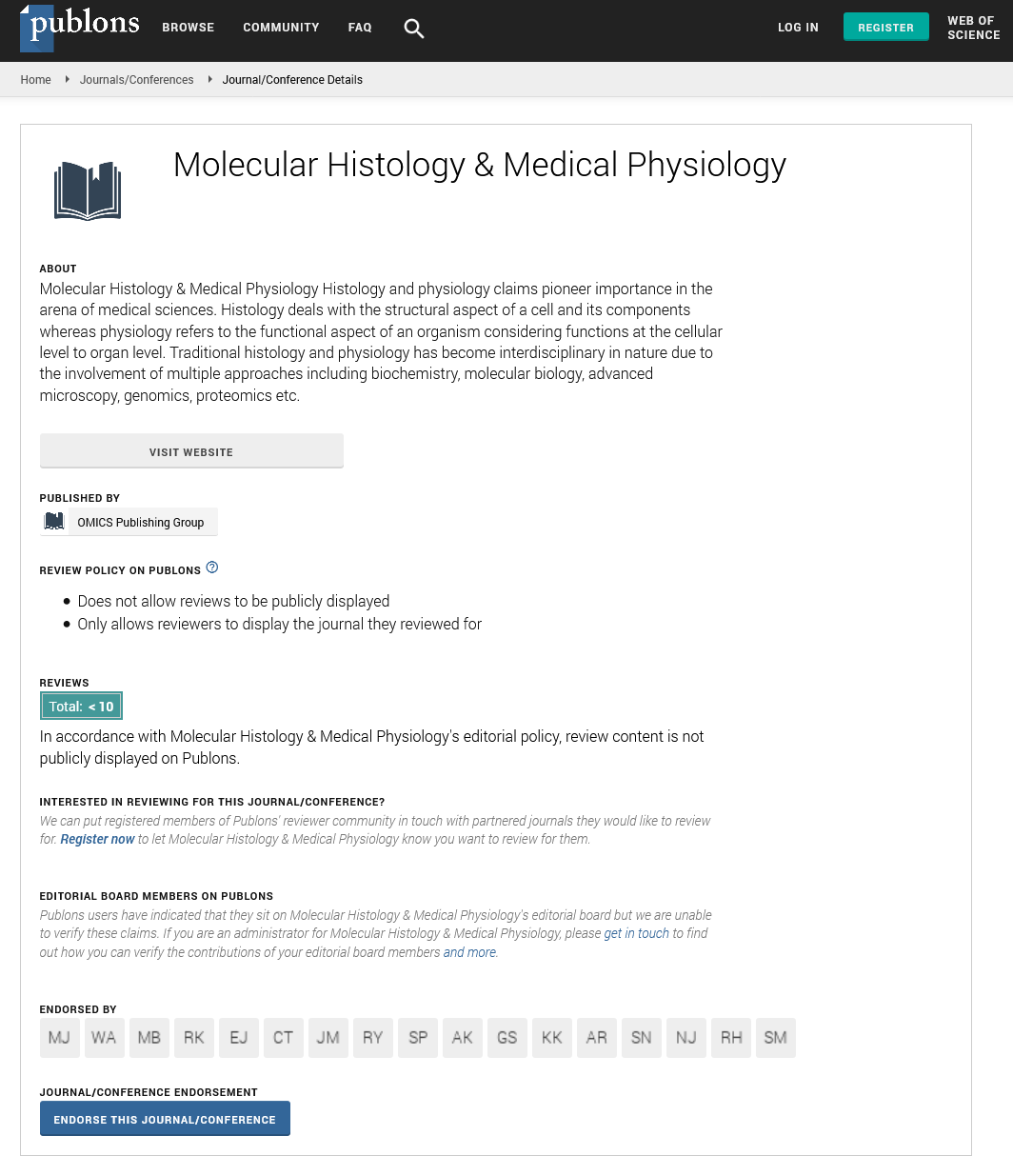