First let us state that the authors are avid environmentalists. Every geologist we know loves nature and “The out-of-doors” and wants to protect and preserve our planet. Concern for the environment should not be confused with climate change. The popular media have been expounding on climate change for many years without considering the underlying data that could substantiate their presentation of the issue. The authors present a “CO2 is not the problem” approach to challenging the media about climate change, and look forward to a “CO2 is the problem” response.
The Scientific Method is used in all scientific endeavors. It takes many shapes and forms, and involves three principal steps: After finding scientific data that suggest a particular outcome, the scientists:
1. Construct a Hypothesis. The scientists state both the hypothesis and the resulting prediction they will be testing.
2. Test the Hypothesis by Doing an Experiment. The experiment tests whether the prediction is accurate and thus the hypothesis is supported or not. In the absence of a laboratory experiment, historical observations must be used.
3. Analyze the Data and Draw a Conclusion. Once the experiment (observed data) is complete, collect measurements and analyze them to see if they support the hypothesis or not. If not, go back and create another hypothesis; if it does, you publish the findings so that others may test the hypothesis (replicate the experiment).
Point (1) above has been accomplished for climate change. What has been lacking in most of the Global Warming/Climate Change studies are (2) and (3). There is no substitute for objective, historical data. What follows is an attempt to refute newspaper, TV and radio opinions based on models that are badly flawed. We present a point by point discussion of what the DATA can tell us. Any statement not backed up by DATA is an opinion and may be true, false or misleading. Computer models are opinions. 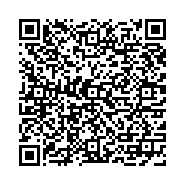