The associations between meteorological factors and mortality have been well documented worldwide, but limited evidence is available for the non-fatal health impacts of ambient temperature, particularly there are few population-based investigations on the impacts of emergency ambulance dispatches in Asia. In this study, based on 809,906 ambulance emergency call-outs (AECOs) for the total population from 2010–2016 in the subtropical city of Shenzhen, China, a Poisson regression combined with a distributed lag nonlinear model was used to simultaneously assess the nonlinear and lag effects of daily mean temperature on AECOs. Stratified analyses by age and sex were performed to identify vulnerable subpopulations. A U-shaped relationship was found between temperature and AECOs. Cold effects were delayed and persisted for 3–4 weeks, with a cumulative relative risk (RR) and 95% confidence interval (CI) of 1.23 (1.10–1.38) and 1.25 (1.16–1.35) over lag 0–28 when comparing the 1st and 5th percentile of the temperature distribution to the optimal (i.e. minimum AECOs) temperature, respectively. Hot effects were immediate and diminished quickly in 5 days, with an increase of 19% (RR = 1.19, 95%CI: 1.14–1.23) and 21% (RR =1.21, 95%CI: 1.16–1.26) in AECOs over lag 0–5 when comparing the 95th and 99th percentile of temperature to the optimal temperature. Children and the elderly were more vulnerable to cold effects. The youth and middle-aged people suffered more from high temperature. The effects of temperature were similar between males and females. In summary, significant increases were observed in the frequency of AECOs during cold and hot days, and the weather-associated increases in AECOs are different among age groups. This information has valuable implications in ambulance demand prediction and service provision planning. 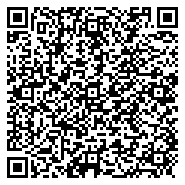