Experimental Study of Rainfall-Runoff Process under a Calibrated Rainfall Simulator

Experimental Study of Rainfall-Runoff Process under a Calibrated Rainfall Simulator

The relationship between rainfall-runoff is a complex hydrological process that requires technical-based approaches to investigate and understand the interaction of the hydrological variables. A calibrated rainfall simulator was developed to produce storms at seven (7) predetermined Rainfall Intensities (RIs) over two (2) Runoff Plots (RP). The Runoff Plot (RPA) is 0.72 m2 and RPB is 0.5 m2 was each inserted 0.3 m into the bare sandy loam. The results of the experimentation showed the first Rainfall Simulation Attempt (RSA) of RI value of 10.8 mm/hr was totally lost to infiltration without generation of surface runoff from the two runoff catchment plots. Subsequently, the RSA generated varying Surface Runoff Intensities (SRI) and with RPB producing higher SRI and volume compared to large catchment plots (RPA). Conversely, the relationship of rainfall-runoff showed co-linearity between the simulated rainfall and generated surface flow RPA and RPB with the determinant of coefficients of 0.9926 and 0.9942 at P<0.05. Therefore, the study’s finding is useful to develop a rainfall-runoff model under different runoff catchment areas for constructing Integrated Water Management Schemes (IWMS), hydraulic structures, and irrigation scheduling.

Rainfall and runoff are important components of the hydrological cycle. The relationship between these components is very important for the Integrated Water Management System (IWMS), soil erosion control, and irrigation scheduling. Modeling rainfall-runoff also plays an important role in the management and planning of water resources [1,2]. This relationship basically depends on some factors such as characteristics of rainfall, runoff, temperature, and infiltration [3]. Runoff is generated when all the processes such as infiltration, evaporation demands have been satisfied. The rate and volume of generated runoff depend on rainfall characteristics (rainfall intensity, rainfall duration, and rainfall variability), catchment (catchment area, shape, slope, and orientation), and the soil types (mineral and organic) and nature.

Estimation of a precise surface flow is useful for flood design and also important in optimum usage of precipitation in dryland farming land preparations [8]. Models as physically-based and conceptual have been used to simulate the rainfall processes. However, due to its complexity and spatio-temporal variation, few models can accurately simulate this highly non-linear process [9]. Rain Simulators (RSs) are mostly be used to create artificial rainfall of different intensities to study interactions among rainfall, surface runoff, and sediment yield. RSs found their application in field measurements and laboratory experiments, where the impact of weather conditions is undesirable [10]. They have been used to accelerate research in soil erosion and runoff from agricultural land and highways [11]. This system may not reproduce rainfall accurately because the rainfall intensity is constant and raindrop kinetic energy is mostly impacted on a particular point on the soil surface. However, the laboratory experiment has its downsides, but it is very important in the simulation of surface runoff events [12]. In this study, a locally developed portable rainfall simulator would be applied to create rainfall of varying intensities on two sized runoff plots A (1.2 m* 0.6 m) and B (1.0 m* 0.5 m). The time response of rainfall intensities to the generation of surface runoff would be conceptually determined.

Simulated rainfall studies were conducted at Auchi Polytechnic, Auchi, Edo State, Nigeria. It is located at 7.07 latitude and 6.26 longitudes, and it is situated at 188 meters above sea level. The experimental site experiences an average annual rainfall of 1211 mm and a mean temperature of 29.5oC. The location of the study area is shown in (Figure 1). A rainfall simulator made of a 2 mm metal sheet with 0.6 m* 0.4 m dimension and adjustable feet with a minimum height of 1.3 m is used for the experiment. The framework supporting the simulator tank was constructed of angular steel supported at the four edges. Elbow joints of different diameters were used to join the PVC pipe as shown in Figure 2. Minimum and maximum rainfall intensities of 0.18 mm/min and 0.25 mm/min were generated. Kinetic energy of rainfall intensities and uniformity were estimated using eqs. 2 and 3

Where is the mean rainfall intensity (mm h-1), n is the number of observations, and Xi(i=1, 2. …..n) are the individual observations. X

Aa and Ab are the runoff catchment areas for plots A and B [13].

The relationship of the variables such as simulated rainfall and runoff intensities, infiltration and soil moisture were evaluated using SPSS software. Regression coefficients were used to evaluate the differences and develop a robust model.

The results in (Tables 1 and 2) showed the generation hydrological variables as surface runoff (GR), Initial Moisture Content (IMC), and other variables when subjected to various simulated rainfall depths under runoff plots A and B. The relationship between the Simulated Rainfall (SR) and Generated Surface Runoff (GR) indicated that large surface flow was observed at plot B under each rainfall simulation attempt, whereas more infiltration was recorded in plot A. Based on these observations, it was deduced that surface flow was quickly generated in plot B due to its small catchment area which allowed the watershed to contribute to an initial runoff under less concentration time. Hence, the Infiltration Depth (INFT) is low in plot B, while INFT is high in plot A due to its large catchment area which allowed a longer period for the surface flow to be generated. However, the established relationship of rainfall-runoff for each catchment plot (A and B) indicated a robust relationship between the variables (SR and GR) with R2= 0.9942 for B and 0.9926 for plot A at P<0.05 as (Figure 3). The finding agrees the study showed that rainfall-runoff established in East Singhblum district showed a good correlation between the hydrological variables with a coefficient of determination value of 0.99. The early initial response of runoff generation from the small runoff plot (B) under simulated rainfall is similar to the investigation of [13] showed that smaller runoff plot ABCDa generated higher surface flow than large plot EFGHm. The field experimental was investigated with seven simulated rainfall attempts using Rainfall Depths (RD) of 20.0 mm, 40.0 mm ………140.0 mm with incremental of 20.0 mm per simulation attempt (Table 1, 2, and Figure 4). The RD corresponded to selected rainfall intensities (RI) of 10.8 mm/hr, 12.6 mm/hr, 14.4 mm/hr, 15.0 mm/hr, 15.2 mm/hr, and 15.3 mm/hr. The investigations were conducted on runoff plots A (1.2 m × 0.6 m) and B (1.0 m × 0.5 m) as shown in (Table 3).

Table 3. Observed and modelled water balance parameters from plot A and B.

During the field experimentation, seven (7) Rainfall Intensities (RI) were applied as precipitation events for each of the runoff plots A and B as shown in (Table 3). The surface coefficients for plots A (KA) and B (KB) were estimated using WMESS (2017) approach as the ratio of the volume of simulated rainfall at each simulation attempt. Applied RI of 10.8 mm/hr generated 0.0 mm/hr for plots A and B respectively. This indicated that the simulated rainfall was lost to infiltration. Conversely, the second simulation attempt of 12.6 mm/hr generated 10.2 mm/hr and 20.0 mm/hr for ROA and ROB (Table 3). The experimental results showed that the size of the runoff plot is significant to the volume and intensity of generated surface runoff. The relationship between Simulated Rainfall (SR) and Surface Runoff (GR) from plots A and B showed a linear trend with the R2=0.993 and 0.994 at P<0.01 in Tables 4 and 5. Hence, it was deduced that increases in surface runoff are related to increases in rainfall intensities. This observation confirms the findings from other studies where high rainfall intensity increases runoff intensity and volume. The results in Figures 5, 6, and 7 showed the established mathematical relationship between the modeled surface runoff and simulated rainfall. Conversely, a strong relationship exists between the hydrological variables with R2=0.9926, 0.9942, and 0.9984 for the Modeled Surface Runoff (MROA), generated surface runoff (ROA), MROB and ROB, and Modeled Simulated Rainfall (MSR) and Simulated Rainfall (SR) for the plot A and B respectively. Figure 5. Calibration of modeled and generated runoff in A. Figure 6. Calibration of modeled and generated runoff in B

Understanding the mechanism of rainfall-runoff is significant to designing a robust Integrated Water Management Scheme (IWRS) and hydraulic structures for water conservation and erosion control. However, it is important to have a detailed characteristic of the rainfall-runoff relationship from the natural and artificial processes to build solid hydraulic models and similitudes. Hence, the application of a rainfall simulator is generally used to understand the surface flow, soil loss, infiltration processes, soil erodobility, and erosivity index. This study evaluated the response of various RIs (10.8 mm/hr, 12.6 mm/hr, 14.4 mm/hr, and 15.3 mm/hr) on the two bare runoff plots A and B on sandy loamy soil. The result of the field experiments showed that the first simulation attempt of rainfall intensity and volume of 10.8 mm/hr and 20.0 mm generated no surface runoff, the whole simulated rainfall was lost to infiltration, and the subsequent simulations generated a surface flow of varying volume, intensity, and runoff coefficient. The finding indicated that the generated surface runoff from the smaller runoff plot (B) of 0.50m2 is higher than the surface runoff plot of 0.72 m2 under the same rainfall intensity and equal gradient of inclination for runoff plots. The concentration-time for surface flow in plot A is higher than plot B by 13.2%. It required a longer period for the runoff to initiate and flow from the watershed in a large plot to the outlet compared to the smaller catchment plot. Conversely, the overall study’s result is very significant to developing a rainfall-runoff model capable of solving complex soil loss and erosion events. 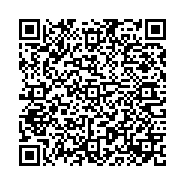