Chronic Itchiness can be Treated with Cannabinoids

Chronic Itchiness can be Treated with Cannabinoids

Patients now have more access to medical marijuana in the United States, and interest is growing as more states have legalised recreational marijuana use. In addition to its broader impacts on neurogenic responses like itch and nociception, inflammation, and immunological responses, the endocannabinoid system has a significant impact on skin homeostasis. Numerous research using in vitro and animal models have shed light on the potential processes by which cannabinoids affect pruritus, with neuronal regulation of peripheral itch fibres and centrally acting cannabinoid receptors showing the most promise. Additionally, human studies have consistently showed a considerable decrease in both scratching and the symptoms of persistent pruritus, despite their limitations due to variations in the cannabinoids employed, illness models, and administration mechanism. Cannabinoids are a large class of naturally occurring and artificial substances that are derived from arachidonic acid and have activity at the CB1 and CB2 cannabinoid receptors. They come in the form of synthetic cannabinoids, endogenous endocannabinoids (such anandamide and 2-arachidonoylglycerol [2-AG]), and phytocannabinoids obtained from the Cannabis sativa plant [1].

The term "ECS" stands for the endocannabinoid system (ECS), which is a lipid-signaling system made up of endocannabinoids, their receptors, and degradative or inactivating enzymes. The ECS plays a role in both physiological and pathologic processes in the body, including cognition, nociception, and inflammation. The ECS is crucial for maintaining healthy skin. The ECS controls sebaceous glands and hair follicles, regulates epidermal homeostasis, and plays a role in nociception and inflammation. Several skin conditions, including atopic dermatitis, psoriasis, scleroderma, and skin cancer, have been connected to ECS dysregulation. The transient receptor potential (TRP) ion channel and the classical cannabinoid receptors CB1 and CB2 that they bind to each have different affinities for cannabinoids. These receptors are found on terminal nerve terminals and are almost universally expressed in the skin. The evidence in the literature points to a combination of effects on neuronal activity, transmission along the afferent pathway, and local modification of keratinocyte and mast cells as the cause of cannabis' antipruritic actions. Since investigations in several skin disease models demonstrate that individual CB1, CB2, or TRP channel modulation showed reduced pruritus, it is possible that activities at many receptors are responsible for the antipruritic impact of cannabinoid receptor ligation on peripheral and central nerve tissue [2,3].

Due to activity on both local inflammation and neural activation, these effects have been demonstrated in both inflammatory and neurogenic pain and itch. Histaminergic itch is specifically reduced by increased endocannabinoids in neural tissue, and cannabis' direct effects on neuronal receptors raise the nociceptive threshold. Chronic pain causes changes in CB1 and CB2 expression, and it is hypothesised that these changes in the activation of these receptors are what give cannabinoids their sensory-enhancing properties. All of this points to the ECS controlling neuronal transmission in the itch sensory pathway via direct receptor binding on the nerves. The most extensively researched TRP channel with reference to cannabinoid-mediated regulation of pruritus is TRPV1, sometimes referred to as the capsaicin receptor. TRPV1 and TRPA1 have each been demonstrated to play important roles in the pathways that cause itch, with blocking or absence consistently causing itching to decrease. TRPV1 activates paradoxically because it quickly becomes desensitised and becomes resistant to further stimulation. Through antagonistic effects or stabilisation state the ion channel in the closed confirmation, which precludes neural activation by prickly mediators, cannabinoids inhibit neurogenic inflammation in the case of TRPV1 [4,5].

For the treatment of itch specifically in numerous disorders, such as pruriceptive itch, such as dermatitis, neurogenic itch in metabolic derangements, and chronic intractable itch in prurigo, cannabinoids have showed promise when applied topically and taken orally. One of the most typical types of chronic itch has been examined extensively in preclinical and clinical research on cannabinoids is atopic dermatitis. After atopic dermatitis patients used the cannabinoid-containing cream for 4 weeks, PEA and adelmidrol (a PEA analogue) topical therapies dramatically decreased inflammation and itching in a large observational research and in a small open-label investigation. Topical cannabis have also showed potential in treating asteatotic eczema, however the results of that particular trial are clouded by changes in the vehicles used [1,2].

Although pruritus is not a qualifying condition for a physician's prescription, it is believed that 1% of people who live in states with medical marijuana programmes use the drug. Dispensaries provide topical cannabinoids that are marketed as antipruritic, analgesic, and anti-inflammatory. Trials now being conducted have consistently showed improvement in pruritus in the context of multiple disorders, despite the paucity of published findings. Patients will continue to become more interested in and use cannabis products, whether they be botanical, derivative, or targeted compounds. In jurisdictions where it is legal, doctors should be aware of the use of marijuana for chronic pruritus that is unresponsive to traditional therapy. The literature calls for greater research into cannabinoids as an antipruritic drug. 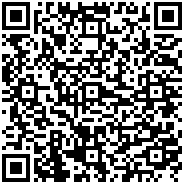