In younger men, testicular germ cell tumours (TGCTs) are the most often identified cancers. Traditional tumour markers, such as -fetoprotein, provide assistance for tracking the progression and recurrence of disease (AFP). It has been noted that elevated levels of AFP, which are biologically produced in the liver and can be found in patients with testicular cancer as well as under other benign liver disorders, might lead to a mistaken interpretation of the clinical course of TGCT. In freshly diagnosed TGCTs, a group of stem cell-associated microRNAs have been shown to outperform conventional tumour markers, however it has never been shown how well these microRNAs can distinguish between particular and non-specific AFP increases. We describe a patient with chronic hepatitis B, normal liver-related blood values and increased AFP levels who also had a primary TGCT that had been surgically excised. First-line PEB chemotherapy was given after clinical staging identified a questionable retroperitoneal metastatic lymph node and other risk factors. Significantly increasing AFP levels during curative therapy led to the suspicion of chemo-resistant illness, necessitating the start of salvage chemotherapy and the surgical removal of the suspected lymph node metastases. With the cessation of chemotherapy, the AFP levels continued to drop, demonstrating chemotherapy-induced liver harm due to pre-existing liver illness. Serum samples with high AFP levels did not contain serum levels of MiR-371a-3p. In conclusion, miR-371a-3p might be a useful biomarker for TGCT patients to distinguish between non-specific AFP rises. 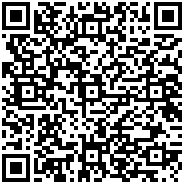