Date of Submission: 21-Jul-2021 Published: 11-Aug-2021 , DOI: 10.37421/2157-7579.2021.s6.005
Citation: Getahun, Temesgen Kassa.“Study on Subclinical Mastitis and Associated Risk Factors In and Around Ejersa Lafo Woreda Oromia Regional State, Ethiopia.”J Vet Sci Techno 12 (2021) S6: 005
Copyright: © 2021 Getahun TK. This is an open-access article distributed under the terms of the creative commons attribution license which permits unrestricted use, distribution and reproduction in any medium, provided the original author and source are credited.

A cross sectional study was carried out from November 2017 to December 2017 to assess the status of subclinical mastitis in Ejersa lefo District Oromia region Ethiopia. Study animals were selected using simple random sampling technique. Out of 384 examined (Borena 9, cross breed 45 and local breed 330) 111 cow were found to be affected with subclinical mastitis with prevalence of 28.9%. The result from the severity grading of the infection indicates that out of 111 positive cows 70 (63.3%) cows had weak infection, 17 (15.3%) had distinct positive and 24 (21.6%) cows had strong positive infection. The highest occurrence of subclinical mastitis was recorded in local breed (82.9%), old age group (83.7%), sixth parity (36%), and first lactation stage (36.9%). Cows having poor teat hygiene and kept in poor barn hygiene were 82% and 79.5% infected with subclinical mastitis. In this study subclinical mastitis was major mammary gland health problems of the dairy cows, which cause huge loss of milk production that assure serious attention in creating awareness and prevention strategy.

Ethiopia, located in Eastern Africa, is predominantly an agricultural nation. Animal production is practiced in all ecological zones of the country [1]. The total animal population for the country is estimated to be about 53.99 million cattle out of which about 98.95%t of the total cattle in the country are local breeds and the remaining are hybrid and exotic breeds that accounted for about 0.94 percent and 0.11 percent, respectively [2]. The agricultural sector in Ethiopia, engaging 80% of the population, contributes 52% of the gross domestic product (GDP) and 90% of the foreign exchange [3]. The livestock sub-sector alone contributes 12% of the total and over 45% of the agricultural GDP, and over 85% and 90% of the farm and pastoral incomes, respectively, are generated by or from livestock [4].

There are several types of diseases which potentially infect and affect the wellbeing of livestock population among which mastitis is the common and costly disease causing loss in milk yield and treatment cost for dairy farmers [5]. Mastitis is complex disease that generally involves interplay between management practices and infectious agents, having different degrees of intensity and variations in duration and residual effects. There are various infectious agents numbering more than twenty different groups including bacteria, viruses, yeast, fungi and rickettsia [6]. Gizat cited that in United States, the economic losses from mastitis have been calculated at approximately 200 dollar per cow per year or 2 billion per year for the nation. In Ethiopia, around urban and peri urban areas of Addis Ababa, Mungube estimated the economic losses from mastitis to be 210.8 Birr per cow per lactation.

Despite many years of research, mastitis subclinical remains the most economically damaging and zoonotic potential disease for dairy industry and consumers worldwide irrespective of the species of animal [7]. Economic losses caused by mastitis include value of discarded milk, reduction in quality of milk and cost of treatment [8]. Bacterial contamination of milk from affected cows may render it unsuitable for human consumption by causing food poisoning or interference with manufacturing process or in rare cases, provides mechanism of spread of disease to humans. Zoonotic diseases potentially transmitted by raw cow milk include brucellosis, caseous lymphadenitis, leptospirosis, listeriosis, melioidosis, Q-fever, staphylococcal food poisoning, toxoplasmosis and tuberculosis [9].

The underlying causes which are responsible for poor productivity of livestock in Ethiopia is so numerous but the prevailing animal diseases; poor management system and poor genetic potential of the animals are recognized to be among the major constraints [10]. Currently in Ethiopia, there is a national drive to alleviate the existing food deficiency by devising different agricultural strategies including improvements of the productivity of livestock sector by controlling some of the major infectious diseases through regular monitoring. Among the infectious diseases in Ethiopia, mastitis plays a high economic impact in the diary sector yet it has been given little attention, especially the sub clinical form which is mainly caused by a bacterial agent [11]. The incidence and distribution of subclinical mastitis in the study area has not been studied systematically and information relating to the overall prevalence and risk factors of the disease is not known.

Therefore the current study was undertaken with the specific objectives of:

• To determine the degree of severity

The study was conducted in and around Olonkomy town located 75 km away from Addis Ababa in the south west direction, 9°3'N and 38°30'E, at an altitude of 2,400 m above sea level in central midlands. The area is characterized by mild subtropical weather with minimum and maximum temperature ranging from 2 to 9°C and 20 to 27°C, respectively. The area receives annual rainfall of 1060 mm [2].

A total of 384 dairy cows were examined in different kebeles of Olonkomy town. The dairy cows were distributed according to breed ( local cows, Holstein Friesian breed, Jersey and Holstein × Borena cross breed cows), age ( cows aged less than 7 years young and cow aged greater than or equal to 8 years old). We were examined all dairy cows with no clinical symptoms. All animals were subjected to clinical and physical examinations, with special interest towards the udder and teats. At the time of each examination, the breed of the cow, age of the cow, health status of the mammary glands and the respective kebele was recorded.

A cross sectional study was conducted from November 2017 to December 2017 to assess the status of subclinical mastitis in the study area. Dairy animals were selected from different kebeles of the district. Simple random sampling technique was followed to select the study animal. The sample size was determined based on the formula described in Thrusfield, a prevalence rate of 50% was assumed, and a Confidence Interval (CI) of 95% was decided upon.

A total of 384 dairy cows were examined in different kebeles of Ejersalafo district, Ethiopia.

The California mastitis test was carried out as described by Hogan et al., and Quinn et al. A squirt of milk, about 2 ml from each half was placed in each of 4 shallow cups in the CMT paddle. An equal amount of the commercial CMT reagent was added to each cup. A gentle circular motion was applied to the mixtures in a horizontal plane for 15 s. Based on the thickness of the gel formed by CMT reagent-milk mixture, test results was scored as 0 (negative/trace), +1 (weak positive), +2 (distinct positive), and +3 (strong positive). Positive CMT-cows are defined as having at least one CMT-positive quarter.

The data was compiling and analyzed with Statistical Package for Social Sciences (SPSS statistical package version 17). Prevalence estimation of positive cows was determined using standard formulae (that is, the number of positive animals/samples divided by the total number of animals/samples examined). Descriptive statistics such as percentages and frequency distributions was used to describe/present the nature and the characteristics of the data.

Prevalence according to teat quarter

In the present study, the overall prevalence of sub clinical mastitis is 28.9% at cow level. This result is lower in comparison with finding of Birhanu et al., who reported that the overall mastitis prevalence in the farm was 66.6% in Assella Dairy Farm in Oromia Region, Ethiopia which could be due to lack of awareness, housing and milking practices they are accustomed in the area.

In this study California Mastitis Test (CMT) method indicated that subclinical was major health problems of the dairy cows, which cause huge loss of milk production that assure serious attention in creating awareness and prevention strategy. The study also showed various environmental risk factors such as teat hygiene, barn hygiene, teat deep and mammary gland washing which is statistically significant and required intervention. Based on the above conclusions the following points are recommended:

• Awareness creation need to be given to farmers in order to avoid immediate milking of drug treated cow and milking of sick cow.

• Further investigation and diagnosis on mastitis causative agents should be done in order to apply the proper prevention and treatment scheme. 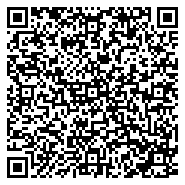