The study aimed at assessing parasite control practices in use and to determine existence of gastro intestinal nematodes resistance for Albendazole, Tetraclozash and Ivermectin, in naturally infected sheep under field conditions. In Lemu Bilbilo district, sheep of both sexes randomly select from small holder farmers from different Pa’s were used for the study. Before the actual experiment, screening was done to identify sheep naturally infected with Gastro intestinal nematodes and Eggs per Gram (EPG) greater than 200 were eligible for inclusion in the field experiment following guidelines by Coles, et al. Accordingly a total of 48 animals grouped into four treatment groups Albendazole, Tetraclozash, Ivermectin and control (left untreated). Albendazole, Tetramisole and Ivermectin were found 90.53%, 98.1% and 96.59% respectively.

The percentage reduction of faecal egg count (95% confidence intervals) for Albendazole, Tetraclozash and Ivermectin were, 95.83%, (95.1-84.4) 98.1% (99- 90.99) and 96.59% (97.01-91.3) respectively. Resistance is suspected on albendazole based on the findings, it was concluded that development of anthelmintic resistance could be prevented by avoid frequent and unnecessary treatments anthelmintics, opting instead for strategic deworming.

The control of parasitic helment in domestic animals relies largely on the use of few antihelmentic clases of drugs as a consequence antihelmentic resistance becoming a world-wide problem for both small and large scale farmers, sheep and goats are mainly found in arid and semi-arid areas of sub Saharan Africa. They play a vital role in rural economies through the provision of meat, milk, household income, manure and skin. In sub Saharan Small ruminants have also been reported to survive better under drought conditions than cattle due to their low body mass and low metabolic requirements [1]. Ethiopia lies within the tropical latitudes of Africa, and has an extremely diverse topography, a wide range of climatic features and a multitude of agro-ecological zones, which makes the country suitable for different agricultural production systems. This in turn has contributed to the existence of a large diversity of farm animal genetic resources in the country. Ethiopian livestock production systems are broadly characterized as low input, mixed crop-livestock, agro-pastoral and pastoral systems; as well as medium input, peri-urban and urban enterprises. In Ethiopia, parasitological investigations of small ruminants in the humid central highland regions of the country have demonstrated that nematodes of the genera Haemonchus, Trichostrongylus, Oesophagostomum, Bunostomum, Strongyloides, Cooperia, Nematodirus and Trichuris are the most common [2,3]. The liver flukes of the genus Fasciola (F. hepatica and F. gigantica) are also of particular importance in ruminant livestock found in these regions [4,5]. Another study by Debela also reported that H. contortus, Strongloides papillosus and Trichostrongylus spp. were the most prevalent Gastro Intestinal (GI) nematode species infecting goats in the Rift Valley of southern Ethiopia [6]. Small-holder farmers and pastoralists of Ethiopia practice varying degrees of parasite control in their livestock. These practices range from the use of anthelmintic drugs of varying quality, to the use of traditional medicines. Livestock diseases are one of the major production constraints frequently observed in the oromia region among which helminth parasites are the biggest causes of production losses [7]. However, the indiscriminate use of these drugs without appropriate association with other methods to fight parasite infection has favored the development of helminth resistance to various drugs in the gastrointestinal tract of small ruminants.

Effective management of GI parasites in grazing livestock relies on the strategic use of highly efficacious chemotherapy [8]. However, decades of indiscriminate use has resulted in widespread development of Anthelminthic Resistance (AR) including multi-drug resistance in various GI nematode populations [9]. AR is the situation where normal dosage of a drug does not produce a consistent reduction in worms or excreted eggs failure to identify AR and manage its development will incur severe production penalties due to the impact of parasitic gastroenteritis [8,10]. Considering the narrow range of available drugs and slow rate of new drug development, AR presents an alarmingglobal threat demanding vigilant monitoring and management.

In Ethiopia, various anthelmintic have been used in different parts of the country for the treatment of sheep and goats helminth parasites [11,12]. The use of anthelmintic has been practiced for a long time, and constitutes a considerable share of the costs spent by the country in the control of helminthosis [11]. Also, smuggling and misuse of veterinary drugs involving anthelmintics is a wide spread practice in the country [13]. Some of these drugs, particularly albendazole and tetramisole, have been continuously imported and distributed to every corner of the country under different trade names and by different manufacturers [14-18].

Anthelmintic resistance in nematodes of small ruminants has been in all continents and is now recognized as one of the greatest threats to grazing livestock production. Originally the situation was confusing in small ruminants because the poor efficacy of anthelmintics could be due to true resistance or to inadequate dosage of drug. Therefore, the objective of this study was to investigate the existence of GIN resistance for albendazole, tetra-misole and ivermectin, in naturally infected sheep under field conditions in Lemu Bilbilo district [19-25].

The study was conducted from September, 2017 to June 2018 At Lemu Bilbilo district of Arsi zone, south eastern part of Ethiopia which is located at 231 kms. From Addis Ababa and latitudes of about 039016.340N and longitudes of about 07’33.131E as well as elevation ranging from 2755-2878 meters above sea levels. The area receives the annual mean minimum and maximum rain fall of about 800 and 1400 mms respectively,which comes from the long and short rainy seasons. The minimum and maximum temperature is 18˚C and 28˚C respectively. The small ruminant populations in this area were 291,285 sheep and 28, 864 goats (Figure 1). Sheep of both sexes randomly select from small holder farmers from different Pa’s were used for the study. The suckling lambs, pregnant females, very old sheep (>5 years) and animals treated with anthelmintic or traditional medicine were excluded from study. In addition, each sheep selected were individually identified with a numbered ear tagged. Before the actual experiment, screening was done to identify sheep naturally infected with Gastro intestinal nematodes and Eggs per Gram (EPG) greater than 200 were eligible for inclusion in the field experiment following guidelines by Coles, et al. accordingly a total of 48 animals grouped into four treatment groups: albendazole, tetramisole, ivermectin and control (i.e. left untreated). On day 0, fecal samples were collected from each animal enrolled in the study, and then the animals were either treated with an anthelmintic or left untreated. Dose rate and route of administration were based on manufactures’ recommendation and anthelmintics were chosen based on the frequency of utilization in the study area described in Table 1. Fecal samples were collected again 10 to 14 days post-treatment from all animals included in the study, and the changes in the EPG were determined (Table 1).

In the present study out of 162 examined 72 (44.4%) were found to be positive for the gastrointestinal nematode eggs. The major GI nematodes observed in ruminants at the study area were Strongyle type, Strongyloides and Trichuris with the prevalence of 22%, 9% and 1%, respectively. In this mixed nematode eggs were also examined with prevalence of 12.4%. The mean pre and post treatment faecal egg counts (EPG) and the percentage of Faecal Egg Count Reduction (FECR) and The percentage reduction of faecal egg count for resistance evaluation of albendazole, tetraclozash and ivermectin were found 90.53%, 98.1% and 96.59 % respectively (Tables 2 and 3).

The presence of anthelmintic resistance on the investigated area was initially declared by considering the percentage reduction in faecal egg counts was less than 95% and the lower limit of the 95% confidence interval was less than 90%. If only one of these criteria is met, anthelmintic resistance is suspected. Based on this criterion, the FECR percentage and the lower confidence limit obtained from lemu Bilbilo district smallholder sheep production system revealed the absence of a significant level of GIN resistance to tetramisole and ivermectin. This finding is in line with other studies conducted in various parts of Ethiopia [12,14-16]. These studies also reported the absence of anthelmintic resistance to albendazole, tetramisole and ivermectin in small ruminants in Ogaden. This finding revealed that albendazole was suspected for resistance in the area.

The current findings indicated that albendazole was suspected for development of resistance, while ivermectin and tetraclozash were found to be not resistance.

To prevent further development of anthelmintic resistance in this area, the following practices are recommended:

• Avoid under dosing of animals.

• Further studies, are needed to determine the anthelmintic resistance status of the different species of GINs.

• A targeted selective treatment traditionally practiced by farmers should be promoted and supported by coprological examination to identify animals in need of treatments.

• Anthelmintic efficacy tests should also be part of the worm management programs to monitor treatment failures. 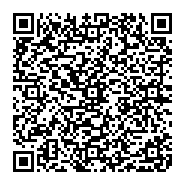