A Note on Effect of Varroa Mites on Honeybees

A Note on Effect of Varroa Mites on Honeybees

The external parasitic mite Varroa destructor (Varroa mite) infects and feeds on the honey bees Apis cerana and Apis mellifera.Varroosis is the disease caused by the mites. Only a honey bee colony can replicate the Varroa mite. It attaches itself to the bee's body and weakens it by sucking fat bodies. At least five devastating bee viruses, including RNA viruses like the deformed wing virus, are transmitted by this species (DWV). A large mite infestation causes a honey bee colony to die, which usually happens in late autumn or early spring. The parasitic mite Varroa has the potential to have the greatest economic impact on the beekeeping industry.

Varroa parasites are thought to be one of the stressors contributing to increased bee losses around the world. Mites reproduce each ten days. A honey bee brood cell is entered by a female mite. The Varroa mite lays eggs on the larva as soon as the cell is capped. The baby mites, which usually consist of a few females and one male, hatch about the same time as the young bee and exit the cell with the host. Varroa mites exit the cell as the baby bee emerges after pupation and spread to other bees and larvae. Because a drone takes three days longer to emerge than a worker bee, the mite preferentially infests drone cells, allowing the mite to breed once again. This can result in genetic defects in the bee, such as ineffective wings or viruses and fungi.

Adult mites feed on the fat bodies of adult bees as well as bee larvae. The bee is severely weakened since the fat body is required for several basic functions such as hormone and energy management, immunity, and pesticide detoxification. Adult mites reside and feed largely on the bottom of the metasoma region on the left side of adult bees' abdominal plates. Adult mites are more frequently seen on top of the adult bee on the mesosoma region in the hive, although research suggests that mites in this place are not feeding, but rather attempting to transfer to another bee.

Disease and viral infections flourish in open wounds left by the feeding. The mites carry at least five, and probably as many as 18, damaging bee viruses, including RNA viruses like the deformed wing virus. European Apis mellifera bees are almost fully helpless against these parasites, with the exception of minor resistance in Russian strains and bees with Varroa-sensitive hygiene (about 10% of colonies naturally have it). (Russian honey bees are one-third to one-half less sensitive to mite reproduction than honey bees from other countries).

When bee broods are available, the population dynamics model is exponential expansion, and when no brood is available, the model is exponential decrease. In a western honey bee hive, the number of mites can multiply by (roughly) 12 in 12 weeks. Invasion by mites occurs often in the summer, resulting in significant mite populations in the autumn. In the autumn, high mite populations can trigger a crisis when drone rearing stops and the mites switch to worker larvae, resulting in a rapid population crash and, in some instances, hive death.

The honey bee can be harmed in two ways once infected with the V. destructor mite. To begin with, the mite's consumption of the fat body weakens both the adult bee and the larva; in particular, the weight of both the hatching and adult bees is greatly reduced. Infected adult worker bees also live shorter lives than non-infected bees, and they are absent from the colony considerably more frequently than non-infected bees, which could be owing to their diminished ability to navigate or balance their energy for flight. Second, mites are carriers of a variety of viruses, including the deformed wing virus. 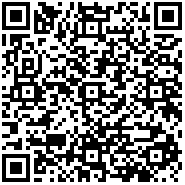