A Brief Note on Animal Nutrition

A Brief Note on Animal Nutrition


Date of Submission: 03-Dec-2021 Published: 24-Dec-2021
Citation: Wondimu A. "A Brief Note on Animal Nutrition ." J Vet Sci Technol 12 (2021) : e001.
Copyright: © 2021 Wondimu A. This is an open-access article distributed under the terms of the creative commons attribution license which permits unrestricted use, distribution and reproduction in any medium, provided the original author and source are credited.

Macronutrients (excluding fibre and water) provide structural material (amino acids which are used to build proteins and lipids which are used to build cell membranes and some signalling molecules) as well as energy. Some structural materials can be used to generate energy internally but the net energy depends on factors such as absorption and digestive effort which vary greatly from case to case. Vitamins, minerals, fibre and water are not required for energy but are necessary for other reasons. Fiber like non-digestible material such as cellulose appears to be required for both mechanical and biochemical reasons though the precise reasons are unknown.

Proteins are the building blocks of many animal body structures (e.g. muscles, skin and hair). They also contribute to the formation of enzymes which regulate chemical reactions throughout the body. Each molecule is made up of amino acids which are distinguished by the presence of nitrogen and in some cases, sulphur. Amino acids are required by the body to produce new proteins (protein retention) and to replace damaged proteins (maintenance). Because there is no protein or amino acid storage amino acids must be consumed. Excess amino acids are excreted most commonly in the urine. Some amino acids are essential (an animal cannot produce them on its own) and some are non-essential for all animals (the animal can produce them from other nitrogen-containing compounds). Vitamin deficiencies can lead to disease conditions. Excessive amounts of some vitamins are also harmful to health .

Animal nutritionists have established safe levels for some common companion animals. Mineral deficiency or excess can also have serious health consequences. ASH though not a nutrient in and of itself an entry for ash can occasionally be found on nutrition labels particularly for pet food. This entry calculates the weight of inorganic material left over after two hours of cooking at 600°C. As a result it lacks water, fibre and calorie-producing nutrients but it does contain some nutrients such as minerals.

In domestic cats too much ash may contribute to feline urological syndrome. Carbohydrate and fat molecules are made up of carbon, hydrogen and oxygen atoms. Simple monosaccharides (glucose, fructose, galactose) to complex polysaccharides are examples of carbohydrates (starch). Triglycerides are type of fat that composed of various fatty acid monomers bound to a glycerol backbone. Some but not all fatty acids are required in the diet because they cannot be synthesised in the body in addition to carbon, oxygen and hydrogen. Protein molecules contain nitrogen atoms. Nitrogen-containing amino acids are the building blocks of protein. The animal cannot produce essential amino acids. Some amino acids can be converted (with the expenditure of energy) to glucose and used for energy production in the same way that ordinary. 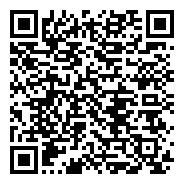