A Brief Note on Animal Husbandry

A Brief Note on Animal Husbandry


Date of Submission: 03-Dec-2021 Published: 24-Dec-2021
Citation: Marlene,Sarah . "A Brief Note on Animal Husbandry." J Vet Sci Technol 12 (2021) :103 .
Copyright: © 2021 Marlene S. This is an open-access article distributed under the terms of the creative commons attribution license which permits unrestricted use, distribution and reproduction in any medium, provided the original author and source are credited.

Domestication of livestock was motivated by the need to have food available when hunting was ineffective. A desirable characteristic of a domestic animal is that it is useful to the domesticator that it can thrive in his or her company that it can breed freely and that it is easy to care. Animal husbandry was traditionally a part of the subsistence farmer's way of life producing not only food for the family but also fuel, fertiliser, clothing, transportation and draught power. Killing the animal for food was a secondary consideration and its products such as wool, eggs, milk and blood were harvested while the animal was still alive. People and livestock moved seasonally between fixed summer and winter pastures in the traditional transhumance system in montane regions the summer pasture was in the mountains and the winter pasture was in the valleys.

Animals can be kept on a large or small scale. Extensive systems involve animals roaming freely or under the supervision of a herdsman often for predator protection. Ranching in the Western United States entails large herds of cattle grazing on a variety of public and private lands. Similar cattle stations can be found in South America, Australia and other countries with large land areas and low rainfall. Sheep, deer, ostrich, emu, llama and alpaca ranching systems have all been used.

In the United Kingdom's uplands sheep are turned out on the fells in spring to graze the abundant mountain grasses unattended before being brought to lower altitudes late in the year with supplementary feeding provided in winter. Pigs and poultry can get a lot of their nutrition from scavenging in rural areas and hens in African communities can go months without being fed and still lay one or two eggs a week.

At the other end of the spectrum animals are frequently intensively managed in more developed parts of the world dairy cows may be kept in zero-grazing conditions with all forage brought to them beef cattle may be kept in high density feedlots pigs may be housed in climate-controlled buildings and never go outside poultry may be reared in barns and kept in cages as laying birds under lighting-controlled conditions. Semi-intensive often family-run farms exist between these two extremes where livestock graze outside for much of the year silage or hay is made to cover the times of year when the grass stops growing and fertilizer, feed and other inputs are brought onto the farm from outside.

The majority of livestock animals are herbivorous, with the exceptions of the pig and chicken which are omnivorous. Herbivores are classified as "concentrate selectors" which selectively feed on seeds, fruits and highly nutritious young foliage "grazers" who primarily feed on grass and "intermediate feeders" which eat a variety of plant material. Ruminants include cattle, sheep, goats, deer and antelopes they digest food in two steps chewing and swallowing normally and then regurgitating the semi-digested cud to chew it again and extract the maximum amount of food value. These animal’s dietary requirements are mostly met by eating grass. Grasses grow from the base of the leaf blade allowing them to thrive even when conditions are worse.

Extensively reared animals may be able to survive solely on forage but more intensively reared livestock will require energy and proteinrich foods as well. Energy is primarily obtained from cereals and cereal by-products, fats and oils and sugar-rich foods, whereas protein can be obtained from fish or meat meal, milk products, legumes and other plant foods which are frequently by-products of vegetable oil extraction. Pigs and poultry are non-ruminants that cannot digest the cellulose found in grass and other forages so they are only fed cereals and other high-energy foods. The ingredients for the animals rations can be grown on the farm or purchased in pelleted or cubed form compound foodstuffs specially formulated for the various classes of livestock their growth stages and their specific needs.

Good husbandry proper feeding and hygiene are the primary contributors to farm animal health resulting in economic benefits through increased production. When animals become ill despite these precautions the farmer and veterinarian treat them with veterinary medications. Farmers in the European Union are required to follow treatment guidelines and keep track of the treatments they administer to their own animals. Animals are vulnerable to a variety of diseases and conditions that can have a negative impact on their health. Some such as classical swine fever and scrapie are only found in one type of stock whereas others such as foot-and-mouth disease affect all cloven-hoofed animals. Animals kept in close quarters are vulnerable to internal and external parasites an increasing number of sea lice are affecting farmed animals.

Although all mammals produce milk to nourish their young the cow is primarily used to produce milk and milk products for human consumption around the world. Sheep, goats, camels, buffaloes, yaks, reindeer, horses and donkeys are also used to a lesser extent for this purpose. All of these animals have been domesticated over the centuries with desirable characteristics such as fecundity, productivity, docility and the ability to thrive under the current conditions being bred for. Previously cattle served multiple functions however modern dairy cow breeding has resulted in specialized Holstein Friesian-type animals that produce large amounts of milk economically. Farmers can select for specific traits that suit their circumstances using artificial insemination which is widely available. 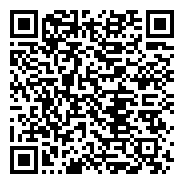