Impact of Scientific Innovations on Inflammatory Bowel Diseases and Gastroenterology

Journal of Inflammatory Bowel Diseases and Disorders is an openaccess Peer-Reviewed journal that seeks to publish the latest and excellent research papers, reviews and letters in all bowel and gastro related disorders. Submissions will be assessed on their scientific validity and merit.

Prevalence and Risk Factors for Anemia in Inflammatory Bowel Disease: A Hospital Based Study from Saudi Arabia

Background: Anemia is a common extra-intestinal manifestation of inflammatory bowel disease. The magnitude of anemia in Inflammatory Bowel Disease (IBD) patients and the risk factors were not previously studied from Saudi Arabia. Objectives: Objectives of the study were to find prevalence of anemia, etiology and its risk factors. Design: Retrospective cohort study Setting: Hospitalized patients at King Faisal Specialist Hospital and Research Centre, Riyadh, Saudi Arabia Patients and methods: The data pertaining to anemia was collected from IBD patients between 2000 to 2018, at the time of first presentation to the hospital, and the lowest hemoglobin during the follow up. Anemia was diagnosed if hemoglobin (Hb) level was below 13 g/dl in males and below 12 g/dl in females. Severe anemia was defined as Hb <10 g/dl for both genders. Patients were further classified into iron deficiency anemia, Anemia of Chronic Disease (ACD), based on c-reactive protein and serum ferritin levels. Vitamin B12 deficiency was diagnosed if the vitamin B12 level was <150 pg /ml. Main outcome measures: Prevalence of anemia, etiology and its risk factors in IBD patients Results: From 190 patients IBD screened, 109 patients were included, 56% were males. Crohn's disease was in 77 (70.6%) and ulcerative colitis in 32 patients (29.4%) At the time of first presentation to the hospital, 51.4% of patients had anemia, and during the median follow-up of 759 days, 62.4% of our cohort were diagnosed with severe anemia. Iron deficiency anemia was diagnosed in 13.8%, ACD was diagnosed in 3.7%, and iron deficiency plus ACD was diagnosed in 2.8%. From 101 patients, 26 of them (23.9%) had vitamin B-12 deficiency. No identifiable risk factors were found at the time of presentation for anemia in IBD population. Binary logistic regression analysis showed female gender (p-value 0.001) and anemia at presentation (p-value 0.0001) were risks for subsequent development of severe anemia. Conclusion: Anemia in IBD population is highly prevalent. Female gender and anemia at presentation are risks for the development of severe anemia in IBD population. Limitations: Hospital based retrospective study.

Coffee consumption has its benefits on human health. In the specific area of hepatology, previous studies have suggested that coffee decreases liver enzymes and inhibits progression of liver fibrosis. Additionally, in a recent systematic review and meta-analysis, coffee consumption was shown to have an inverse association with the development of liver cancer. That well-designed study suggested that coffee drinking would be beneficial in terms of preventing liver cancer. Coffee drinkers at risk of developing hepatocellular cancer should consider the potential benefits of drinking coffee

Amebiasis affects around 500 million people in the world and could lead to 100,000 deaths/year from amebic dysentery and/or liver abscess. It is prevalent in developing countries like the Southern and Eastern Mediterranean region, and more in the Indian subcontinent, Southern and Western Africa and South America where prevalence could reach 50%. It is mainly caused by Entamoeba Hystolitica (EH). Underlying conditions associated with immunosuppression including diabetes mellitus and tuberculosis are present in more than 50% of patients.

We describe the case of a 40-year-old patient with active Crohn’s Disease (CD)-who developed neurological symptoms and was subsequently diagnosed with cerebral demyelination shortly after re-exposure to a therapy with Adalimumab. Based on the current state of scientific knowledge, we here discuss whether concurrent diagnosis of demyelinating disease and the anti-tumor-necrosis-factor (TNF)-alpha-therapy develop independently or whether direct causality is more likely. Basis for this purpose are the diseases´ incidence rates and the different pathophysiological hypotheses for demyelination under anti-TNF-alpha-therapy. Due to high incidence of cerebral demyelination and lack of laboratory or clinical markers to differentiate the underlying influences, a definite conclusion cannot be drawn. Based on the presented findings and state of the literature, we finally deduce recommendations for clinical practice and research gaps.

Inflammatory Bowel Diseases and its Conditions

Inflammatory bowel disease (IBD) is an idiopathic sickness brought about by a dysregulated safe reaction to have intestinal microflora. The two significant sorts of provocative entrail sickness are ulcerative colitis (UC), which is restricted to the colon, and Crohn illness (CD), which can influence any section of the gastrointestinal lot from the mouth to the butt, includes "skip injuries," and is transmural. There is a hereditary inclination for IBD, and patients with this condition are more inclined to the advancement of danger. Celiac Disease, Colon Cancer, Lymphocytic Colitis, Bowel Endometriasis, intestinal endometria etc., also come under inflammatory bowel diseases.

Many epidemiological studies have searched for the elements that may shed light on the etiology of IBD, particularly in pediatric siblings. Researcher aims to study about the pediatric siblings ,nflammatory Bowel Disease (,B').├É┬Øe findLnJs state that antibiotic exposure or other environmental factor may be responsible for the present cause

Gastrointestinal Diseases GI Diseases Market is expected to grow from USD 17.27 billion in 2016 and reach USD 19.79 billion in 2022, growing at a CAGR of 2.3% during the forecast period.

Reseach and Therapies in Gastro Diseases

The award is designated for the Masters/Ph.D./ Post Doctorate students who can present their thesis and projects or have executed the same for the long term excellence in the field of GI Diseases. Deserving nominees can be awarded online as well.

Precise Note on latest Issue of the Journal

Involvement of Sleep, Gut Microbiota and Melatonin in Depression 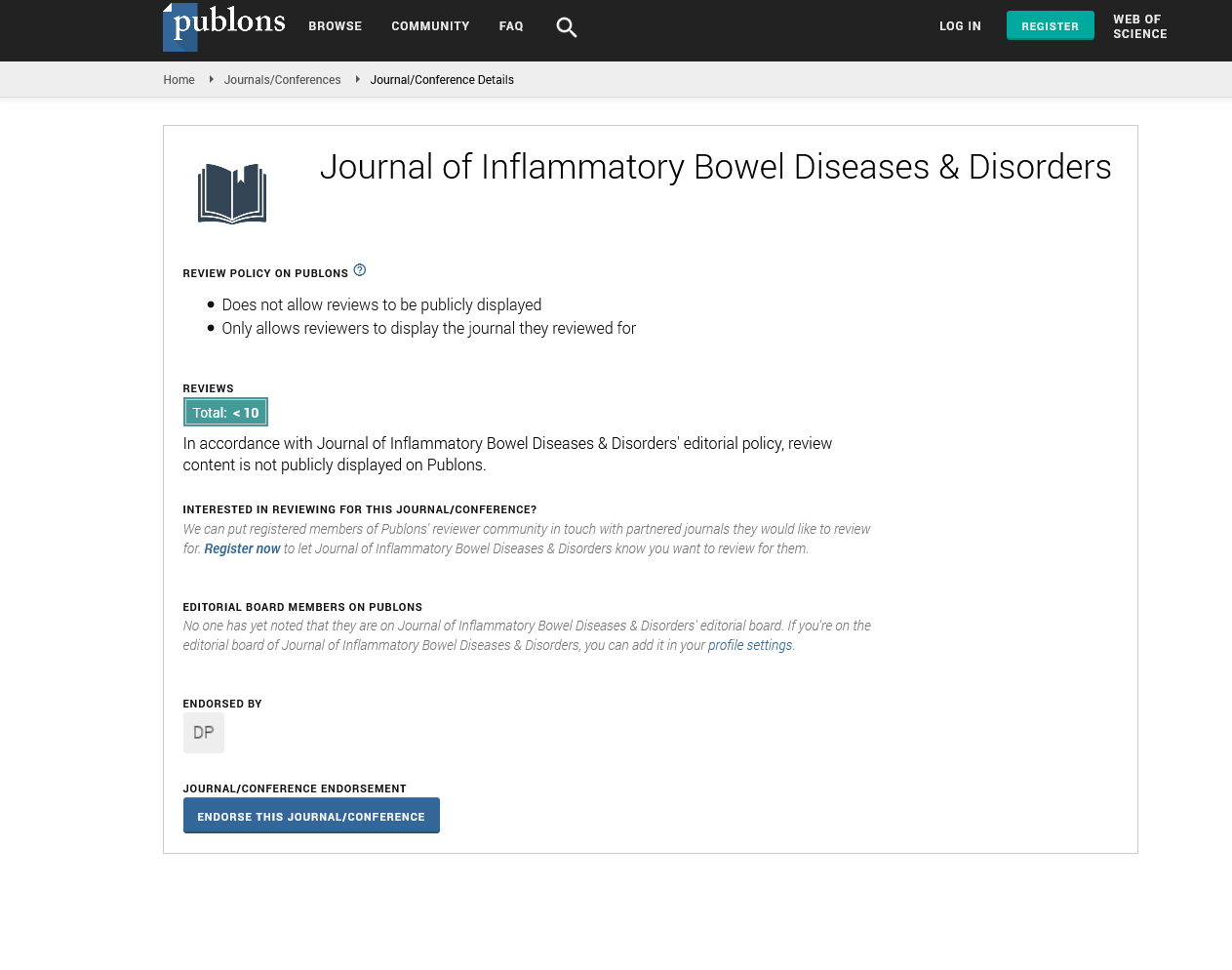