Effects of Climate Change and Variability on Coffee Production and Adaptation Mechanisms; The Case of Small-Holder Farmers at Dara Woreda, South Ethiopia

This study was carried out with the objective of examining the extent of climate variability and its effect on coffee production and identifying determinants for
farmers’ decisions to undertake adaptation measures in Dara woreda. A multistage sampling technique was employed to select peasant association. Qualitative
data were gathered through focus group discussion, key informant’s interviews and quantitative data were also collected from 145 sample households. Logit
model was used to identify the determinants for farmer’s decisions on adaptation measures, while linear regression and Pearson’s correlation were used to
identify relationships and effects of climatic variables on coffee production. The results of this study reviled that, 93% of the respondents perceives the existence
of reduction in rainfall, while 85% believes an increase in temperature over the last 20 years. The analysis of linear trend also show not only inter-annual and
seasonal variability, but also a decreasing trend of rainfall in the area. The meteorological data also confirmed the increase in both maximum and minimum
temperatures. Similarly, the annual yield of coffee productivity showed a decreasing tendency in the area for the period 1995-2014. Besides, the results of linear
regression showed that, the amount of rainfall received and increased temperature significantly affected coffee production. Similarly Pearson’s correlations
indicated negative relationship between temperature and coffee yield, and strong correlation between rainfall and coffee yield. On the other hand, results of the
logit regression model illustrated that; education level, farm size, access to credit service and family size being the major determinants for the farmers’ decisions
on adaptation measures in the area. Thus it would be vital to acknowledge the impacts of climate variability on coffee production in Dara woreda and considere
the determinant factors to implement appropriate adaptation measures in order to address the impacts of climate change and variability in the area. Keywords:
adaptation • climate variability •climate change •Dara woreda •logit model

The Dynamics of Foreign Direct Investment in Economy of Saudi Arabia

The present research paper is to investigate the futuristic dynamics of resurgence of the economy of Saudi Arabia in the wake of the introduction of Foreign Direct Investment (FDI) creating high impact particularly on GCC countries and generally on the world. It is strongly believed among the economists of the world that FDI is the irreversible impact of globalization and liberalization in the 21st Century. It goes without saying that the impact of FDI can be measured through the economics tools. Rather than while dealing with this subject, other factors also affect the behavior of economic dividends in the process of implement the FDI especially infrastructure of the country, geo-political position of the country and its clout over the world’s financial institutions apart from domestic governance of the country. The very FDI plays a very significant role in ensuring the behavior of Gross Domestic Product (GDP) of the country, taking the country towards trade surplus destination and removing unemployment by creating jobs. The main conclusion of the study sheds light over the inflow of FDI and determining the GDP and taking Saudi Arabia towards balanced trade players in the world.

The assessment of the performance of the Islamic banks is still an unexplored area, and there is a limited perspective of performance evaluation, which affects the level of Islamic banking performance and remains arguable. This study has tried to conceptualized Kaplan & Norton's (1996, 2001) Balanced Scorecard and its comparison with the current presentation calculation structure of the Islamic banks. This study has introduced guidelines to the better output of Islamic banks for Shariah Compliance by using BSC measures. This study has found a useful connection among BSC estimates, attributes of Shariah Compliance, and Islamic banks' performance. Tremendous improvement has been seen by Banks, which used both; the BSC and Shariah estimates. The research was limited in its scope of investigation for implementation and applicability of the stabilized Scorecard theory (Kaplan and Norton, 1992) in the Islamic Banking Sector only due to time constraints. For future researchers, this study can also form a basis for establishing a more coherent model and an aspiration to improve the findings and results of this study.

An Analysis of the Labor Process Theory: from Marx to Post Braverman Debate

A Study on Administrative Agencies under Regulatory Law

Government managerial offices are bodies certainly approved by the US Constitution and made by Congress to implement resolutions and create guidelines in facilitation of those rules. That is, authoritative offices help the administrative branch in creating and the official branch in executing laws. Authoritative offices incorporate divisions, offices, commissions, agencies, sheets, government partnerships, and councils. Most regulatory organizations fall under the influence of the official branch. There are, nonetheless, a couple of regulatory offices that are legitimately under the influence of Congress, for example, the Congressional Budget Office and the Library of Congress. The specialist of the President over a regulatory office relies on the beginning of the office and whether it is an "official organization" or "free office". At government and state levels, managerial organizations increase whatever power they have by designation that is to state, that they don't have inalienable, intrinsically ordered capacity to act. Or maybe, a, larger amount of government, ordinarily the lawmaking body, must delegate its very own portion capacity to the office. It depends. All together for an organization to exist, it should initially be made by the empowering enactment. This rule is a gadget that sets up the essential system for the office, and the arrangement of standards and impediments by which it should live. These may incorporate an assortment of things including hierarchical issues, staffing, pay rates and methodology for leading business. The most significant is the appointment of intensity and its impediment. The appointment might be very expansive, giving the organization for all intents and purposes total power inside a zone (e.g., all tax assessment matters inside a ward), or it might be very explicit and limit the office's position to a thin scope of exercises, for example, working a solitary toll street.

Importance and Impact of Quality and it’s Factors in Hospitals

Before accreditation, hospitals in Lebanon adopted different clinical protocols, which have led to differences in medical treatment provided, and this is compounded by the lack of transparent policies and procedures at the administrative, financial and clinical levels. In May 2000 when accreditation began its work by putting standards that must be applied in each department to get better output, quality become more and more crucial. But still we have a scale and gap of quality gutted from different hospitals especially in each department. So, my topic focused on the importance of quality in healthcare sector and the crucial role of integration between different departments in hospital to ensure a better quality, safety, performance, efficiency, satisfaction (quality dimensions). Many issues such as staff shortage, inflation and service demand have intensified the call for more efficient and effective use of resources through integrated system. Integrated health systems are widely considered to provide superior performance in terms of quality and safety as a result of effective communication and standardized protocols, but these outcomes have not been fully demonstrated. Despite the growing enthusiasm, and the attractive outcome for integration, information related to implementing and evaluating integration-related initiatives is dispersed and not easily accessible. There is a need to seek out and apply current knowledge on health systems integration to advance effective service delivery and get more focus on all quality dimensions that lead to better outcome in healthcare sector. This is why every hospital should focus on Quality and its different dimensions such as communication, safety, organizational structure and must know the importance of integration between its departments.

Social Costs of COVID-19 and the Nature of Behavioral Change

The coronavirus disease 2019 (COVID-19) pandemic has resulted in the need to implement certain measures, such as the declaration of a state of emergency in Japan, in order to prevent the spread of infection. This has led to widespread medical damage (death, severe illness, and sequelae) and economic damage (bankruptcy, business closures, and unemployment). People have also developed a fear of becoming infected with the disease. The economic losses have led to negative effects such as a rise in domestic violence, increased prevalence of depression, education stagnation resulting from school closures, and loneliness due to limited face-to-face interactions. In this study, we estimated the social costs of the COVID-19 pandemic and clarified the nature of people’s behavioral changes. This research is important for evaluating the policies that have been implemented so far to combat infectious diseases. The study focused on the relation between behavioral changes and the recognition of social cost. It was hypothesized that behavioral change is more prevalent among people who do not recognize the social cost of measures implemented in response to the COVID-19 pandemic. Thus, we clarified the factors that determine the evaluation of policies, and those that determine the abovementioned societal changes in consciousness that serve as the basis for behavioral changes based on support or disapproval of the Swedish strategy. 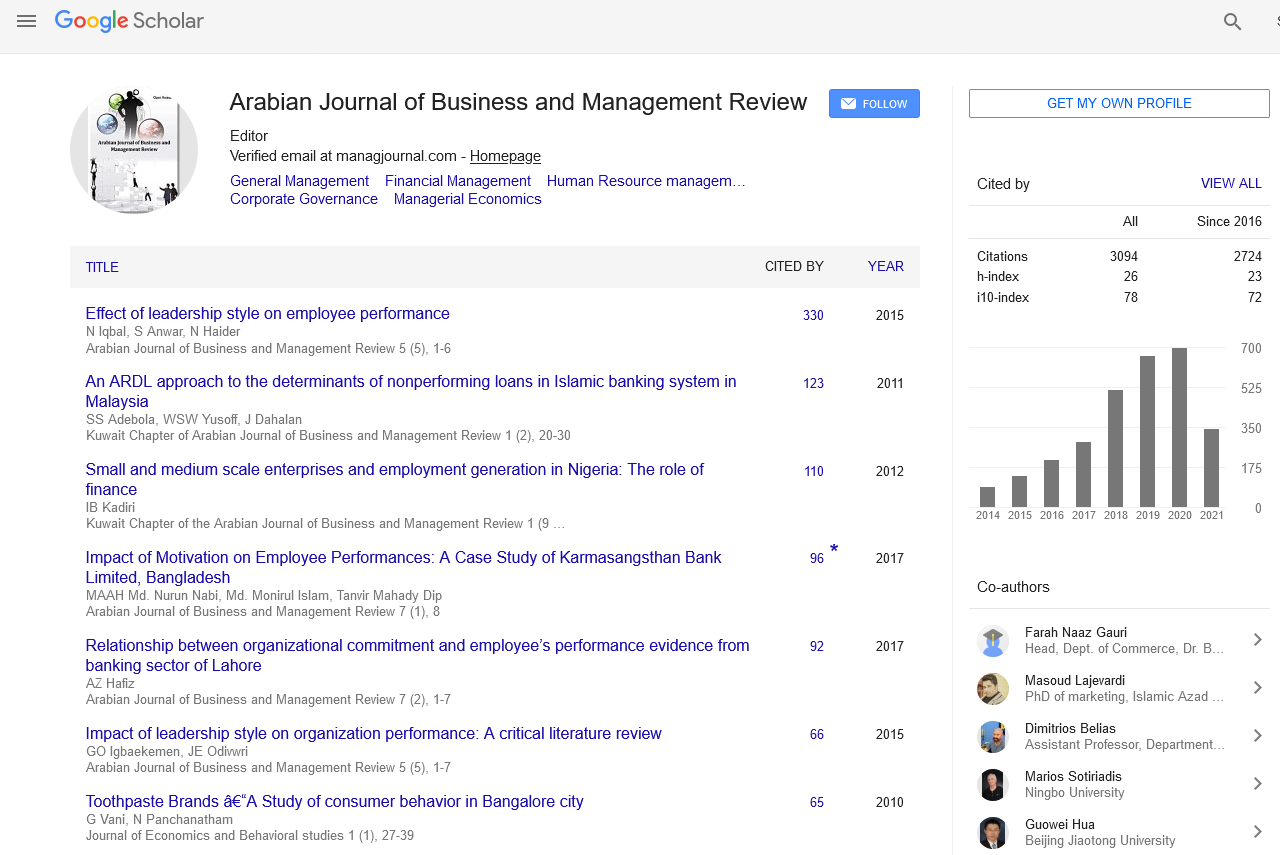