Background: The integration of genetic code from RNA viruses into host DNA, once thought to be a rare or even impossible phenomenon, is now recognized as probable. The Long Interspersed Nuclear Element (LINE)-1 mediated mechanism of insertion implies that many viral RNAs (apart from retroviral) can be reverse transcribed and then stably incorporated into DNA. Recombination between exogenous non-retroviral RNA and endogenous retroviral sequences that leads to reverse transcription and finally integration of the resulting cDNA into the host genome has been described. Recent data demonstrate that SARS-CoV-2 RNA sequences can be transcribed into DNA and may be actively integrated into the genome of affected human cells, mediated by retrotransposons. In some SARS-CoV-2 infected patient specimens, there is evidence for a large fraction SARS-CoV-2 sequence integration and subsequent generation of SARS-CoV-2 human chimeric transcripts. Results: In this review, the potential role of mobile genetic elements in the etiopathogenesis of neurological, cardiovascular, immunological, and oncological disease and the possibilities of human DNA interference by SARS-CoV-2 infection and vaccination are explored. Vulnerable germ line cells, cancer cells, and neurons can presumably all be targets for anomalous mRNA integration, especially in aging cells that show increased LINE-1 activity compared to younger cells. The mRNA coding for the SARS-CoV-2 spike glycoprotein in the vaccines has been carefully designed to increase stability and efficiency of spike protein translation, thus avoiding normal mRNA degradation pathways. This may increase the potential for genomic integration. If this should be the case, the predicted consequences pose serious potential risks to human health that are in need of clarification. Conclusion: Further toxicity evaluations are urgently needed to quantify potential emergence of interference with canonical DNA processes that could detrimentally impact the mRNA-vaccinated population. 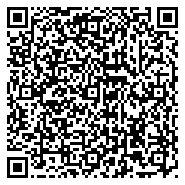