Mesoamerican Nephropathy (MeN), also known as Chronic Kidney Disease of unknown etiology (CKDu), is an unusual form of kidney disease affecting agricultural workers in Central America. Its prevalence is alarmingly high among young male sugarcane workers in Nicaragua and El Salvador. The absence of known etiologies for CKD, such as hypertension and diabetes, has led researchers to explore a number of potential risk factors, though none adequately explain the timing and epidemic nature of the disease. In this paper, we explore the idea that glyphosate, an herbicide routinely used on sugarcane, could play a significant causal role in MeN, mediated by its property as an analogue of the coding amino acid glycine. Glyphosate is a glycine molecule with a methyl phosphonyl group attached to its nitrogen atom. Its substitution in place of glycine could disrupt multiple proteins critical for kidney health. Here, we first present prior evidence from the research literature that glyphosate may be substituting erroneously for glycine. In particular, multiple species of both bacteria and plants have mutated to remove a highly conserved glycine residue in the enzyme in the shikimate pathway that is disrupted by glyphosate, and this mutation has caused the enzyme to be completely insensitive to glyphosate. We have identified multiple proteins with key roles related to kidney function, whose disruption by glyphosate substitution for critical glycine residues could explain most of the unique features of MeN. Specifically, glycine substitution in aquaporin, chloride channels, cytochrome C oxidase and collagen, among others, could contribute to dehydration, increased urinary acidification, renal fibrosis, rhabdomyolysis and mitochondrial dysfunction. While the hypothesis that glyphosate could be disrupting protein synthesis is not yet proven, it is remarkable how well it explains multiple features of MeN. Investigations to verify whether glyphosate is in fact disrupting protein synthesis are urgently needed. 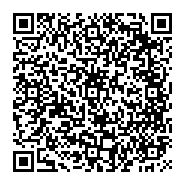