Eritrea is one of the developing countries where most of their communities are dependent on herbal medicines for the treatment of Infectious disease. However, this malpractice follows incorrect dosage, administration, formulation, frequency and other non-scientific methods with the inevitable negative effect of the practice which makes it inconvenient for the clients who seek treatment. This study was carried out to get a scientific evidence of antimicrobial activity of two selected important herbal plants. Active part from leaves of Sinapis alba and Brassica nigra were extracted by continuous hot extraction (Soxhlet technique), and different concentrations were obtained by ethanol, N-hexane, aqueous and DMSO solvents. Against Microorganisms of (Escherichia Coli and Staphylococcus aureus from bacterial strains and Candida Albicans from fungal strain) were selected for antimicrobial activity of the plants. Then the extracted solutions were diffused to selected standard organisms inoculated in Muller Hinton Agar using well diffusion technique. Ethanol extracts of S. Alba of 2500mg/ml dissolved in DMSO concentration against E. coli have shown a significant activity with inhibition zones of 30mm. This plant in the same concentration also had a considerable effect against S. aureus and C. Albcaians with a prompting result of 28mm and 25mm zones of inhibition respectively which is greater than the positive control. Moreover, this plant showed almost an equal activity at 1000mg and 250mg which are 20mm and 13mm respectively for C. Albicans, 26mm and 23mm for S. aureus and for E. coli 25mm and17mm. N-hexane extracts of the same plant also showed a remarkable activity at concentrations of 1000mg, 250mg and 50mg, where the zones of inhibition against S. aureus were 18mm, 20mm and 25mm respectively. Ethanol-extract of this plant diluted in ethanol also showed activity at the lowest concentration. Generally, both plants extracted using N-hexane and Ethanol extracts show a remarkable activity against all the selected micro-organisms. 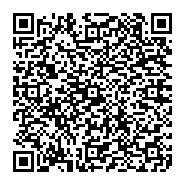