Single nucleotide polymorphisms, abbreviated as SNPs, are the most common type of genetic variations among people. Each SNP represents a difference in a single DNA building block, called a nucleotide. It is a variation in a single nucleotide that occurs at a specific position in the genome, where each variation is present to some appreciable degree within a population. It occurrs when a single nucleotide adenine (A), thymine (T), cytosine (C), or guanine (G) in the genome (or other shared sequence) differs between members of a species or paired chromosomes in an individual. SNPs in humans can affect how humans develop diseases and respond to pathogens, chemicals, medication, vaccines, and other agents. 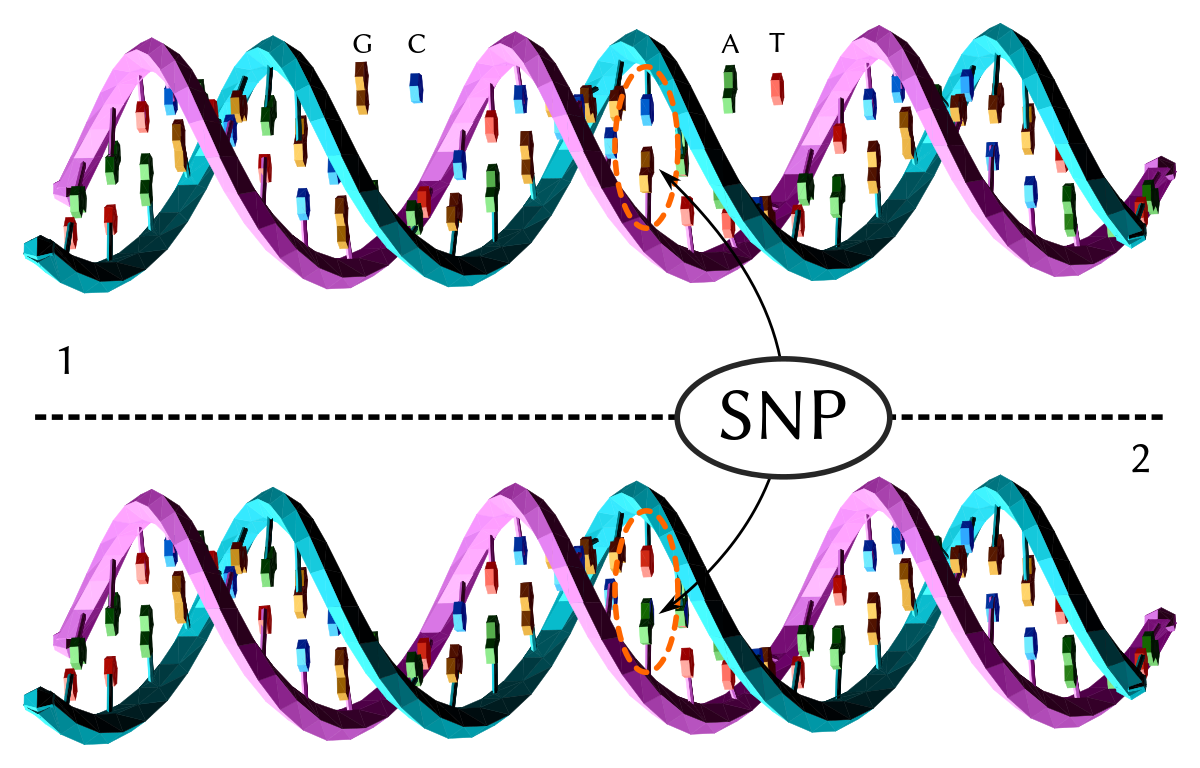