Diabetes mellitus (DM) has become a global epidemic and is a primary cause of death (despite the decades of clinical studies and trials of novel therapeutic strategies). There is a substantial gap in understanding the burden domestically and worldwide because to the inaccuracy and lack of data for monitoring DM patients, particularly in developing countries. By 2025, the World Health Organization (WHO) predicts that the prevalence of diabetes in adults will have risen to 300 million cases. Patients with gestational diabetes mellitus are included in this number, which should notify healthcare practitioners to focus on preventive measures prior to childbirth [1].

GDM is defined as the initial detection of hyperglycemia during pregnancy, with diagnostic glucose tolerance thresholds lower than those for diabetes in nonpregnant people. For both mother and offspring, the illness is linked to several short- and long-term concerns, including an increased risk of preeclampsia and preterm birth, as well as an increased risk of type 2 diabetes and cardiovascular disease later in life. These negative pregnancy outcomes can be considerably reduced by good glycemic management through behavioural changes and/or therapy intervention. [2,3].

Adipokines, which are proteins released by adipocytes in white adipose tissue and usually associated with metabolic disorder, are one biochemical group that has been extensively studied for the prediction of GDM. Adipokines such as adiponectin and leptin are well-known adipokines that play a role in a variety of endocrine functions, including insulin resistance. In addition to these well-known adipokines, the list is still growing. Chemerin is one of them: an adipokine produced by the pancreas and the placenta that has a role in the beginning of metabolic diseases by promoting insulin resistance in both adipocytes and skeletal muscles.

The anti-inflammatory secreted frizzled-related protein 5 is another adipokine released by the pancreas (sFRP5). sFRP5 has been linked to obesity-related metabolic diseases due to its antagonistic activity on the wingless-type (Wnt) signalling pathway. It also plays a function in foetal pancreatic development, beta cell proliferation, inflammation, and insulin action. Another member of the Wnt antagonising protein family, secreted frizzled-related protein 4 (sFRP4), has been linked to metabolic problems, notably the development of type 2 diabetes. Although physiologically common, it is also produced by the endometrial and pancreatic cells, and has been classified as an adipokine to a lesser extent. Increased sFRP4 has been identified as a marker for early pancreatic beta cell failure since it has been demonstrated to decrease insulin release and downregulate adiponectin while upregulate leptin in mouse adipose tissue [4,5].

In the GDM group, sFRP4 levels were considerably higher than in the control pregnancies. The lack of link seen in this group could be due to the higher BMI; among women of normal weight, inadequate insulin secretion is thought to play a bigger role in the development of GDM. Furthermore, while glycemia, age, ethnicity, and the total of skinfolds changed between women with GDM and those who did not, neither BMI nor HOMA2-IR levels differed significantly in this case-control sub-study. The lack of a link between GDM and these adipokines could be due to minor changes in adiposity between the groups, while the lack of a link between HOMA2-IR and the adipokines suggests a heterogeneous aetiology. It's worth noting that the women in our prior study were matched for maternal age and BMI, and substantial differences in GDM pregnancies were found for both sFRP4 and chemerin. 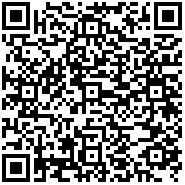