In almost 30 years since the introduction of HMG-CoA reductase inhibitors (statins), no other class of lipid modulators has entered the market. Elevation of High-Density Lipoprotein-Cholesterol (HDL-C) via inhibiting Cholesteryl Ester Transfer Protein (CETP) is an attractive strategy for reducing the risk of cardiovascular events in high-risk patients. Transfer of triglyceride and Cholesteryl Ester (CE) between lipoproteins is mediated by CETP; thus inhibition of this pathway can increase the concentration of HDL-C.

Torcetrapib was the first CETP inhibitor evaluated in phase III clinical trials. Because of off-target effects, torcetrapib raised blood pressure and increased the concentration of serum aldosterone, leading to higher cardiovascular events and mortality. Torcetrapib showed positive effects on cardiovascular risk especially in patients with a greater increase in HDL-C and apolipoprotein A-1 (apoA-1) levels. The phase III clinical trial of dalcetrapib, the second CETP inhibitor that has entered clinical development, was terminated because of ineffectiveness.

Dalcetrapib is a CETP modulator that elevated HDL-C levels but did not reduce the concentration of Low-Density Lipoprotein Cholesterol (LDL-C). Both heterotypic and homotypic CE transfer between lipoproteins are mediated by some CETP inhibitors, including torcetrapib, anacetrapib, and evacetrapib, while dalcetrapib only affects the heterotypic CE transfer. Moreover, dalcetrapib is a pro-drug that must be hydrolyzed to a pharmacologically active thiol form. Two other CETP inhibitors, anacetrapib and evacetrapib, are currently undergoing evaluation in phase III clinical trials. Generally, the concentration of HDL-C has been considered a biomarker for the activity of CETP inhibitors. However, it is not clear whether a fundamental relationship exists between HDL-C levels and the risk of coronary artery diseases. The most crucial role for HDL is cholesterol efflux capacity in which HDL can reverse transport cholesterol from foam cells in atherosclerotic plaques. In view of the heterogeneity in HDL particle size, charge, and composition, the mere concentration of HDL-C may not be a good surrogate marker for HDL functionality.

The observation that Japanese populations with CETP deficiency exhibited high levels of HDL-C has led to the concept that drugs targeting CETP activity may elevate HDL-C levels and potentially decrease cardiovascular risk. Support of this proposition has been obtained in rabbits where inhibition of CETP activity is markedly antiatherogenic. Two CETP inhibitors—torcetrapib and JTT-705—are currently in the preliminary stages of clinical development. Initial studies with these drugs in humans show that they substantially increase HDL-C levels and modestly decrease LDL-C levels. Larger, long-term, randomized, clinical end point trials are required to determine whether the beneficial effects of CETP inhibitors on lipoprotein metabolism can translate into reductions in cardiovascular events.

Three CETP genotypes that are associated with moderate inhibition of CETP activity (and, therefore, modestly higher HDL-C levels) show weakly inverse associations with coronary risk. The ORs for coronary disease were compatible with the expected reductions in risk for equivalent increases in HDL-C concentration in available prospective studies. 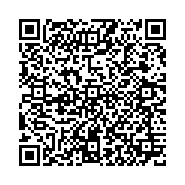