A Short Note on Adaptive Quality of Multi Cellular Organisms

A Short Note on Adaptive Quality of Multi Cellular Organisms

Sexual reproduction is an adaptive quality that almost all multicellular organisms (and some single-cellular organisms) have, with many of them unable to reproduce asexually. Prior to the invention of sexual reproduction, the adaption process in which genes changed from one generation to the next (genetic mutation) was steady and uncertain. Sex originated as a highly effective technique for producing variation, which provided organisms with the ability to adapt to changing surroundings. Sex, on the other hand, came with a price. Asexual reproduction does not involve the spending of time or energy in the selection of a person.

And if the environment has also not changed, the organism may already be well adapted, so there's no cause to change. Sex, on the other hand, has developed as the most common way for species to branch out into the tree of life. The rate of diversification into the phylogenetic tree is generally faster with sexual reproduction than with asexual reproduction.

Sexual reproduction evolution describes how sexually reproducing animals, plants, fungi, and protists might just have evolved from a single-celled eukaryotic species as a common ancestor. Sexual reproduction is common in the Eukarya, though a few eukaryotic species, have lost their ability to reproduce sexually, and other plants and animals routinely reproduce asexually (through apomixis and parthenogenesis) without leaving their sex. The origin and maintenance of sex are two associated but distinct themes in the evolution of sex.

Sexual reproduction may be traced back to early prokaryotes, some two billion years ago, when bacteria began transferring genes through conjugation, transformation, and transduction. Spite of the fact that these mechanisms are not the same as actual sexual reproduction, they share some fundamental characteristics. True sex is assumed to have evolved in eukaryotes in the Last Eukaryotic Common Ancestor (LECA), possibly through a series of events with varied levels of effectiveness, and then persisted. Because of origin of sex theories are difficult to test experimentally, most current research is focused on the persistence of sexual reproduction over evolutionary time. Natural selection has long maintained sexual reproduction in a highly competitive world, despite the reality that both other known processes of reproduction – asexual reproduction and hermaphroditism appear to have obvious advantages over it. Asexual reproduction can occur through budding, fission, or spore formation and does not require the union of gametes, resulting in a far faster rate of reproduction than sexual reproduction, which produces 50% male offspring.

Each of the two parent organisms required for the formation of a zygote can provide either the male or the female gamete in hermaphroditic reproduction, leading in population size and genetic variance advantages. Because sexual reproduction dominates among multicellular forms of life, despite the two-fold cost of sex, it must yield large fitness benefits, meaning that the fitness of offspring produced by sexual processes outweighs the costs. Recombination is the process by which parent genotypes are rearranged and shared with offspring, leading in sexual reproduction.

In contrast, single-parent asexual process of transcription children that is always identical to their parents (barring mutation). At the molecular level, recombination provides two faulttolerance mechanisms: recombinational DNA repair (which is favoured during meiosis since homologous chromosomes pair at that time) and complementation (also known as heterosis, hybrid vigor or masking of mutations). The sexual process (the synthesis of two individuals' genetic information) and sexual differentiation are two essential phenomena that build up the concept of sex (separation of this information into two parts). All known types of reproduction can be classed as asexual, hermaphrodite, or dioecious based on the presence or absence of these occurrences. Sexual differentiation and the sexual process are two different phenomena that are, in essence, diametrically opposed. The first creates (increases) genotypic diversity, whereas the second reduces it. 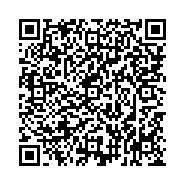