Julian Jones is a Reader (Associate Professor) in Biomaterials at Imperial College London, UK and a Visiting Professor at Nagoya Institute of Technology, Japan. Prior to this (2004-2009) he held a Royal Academy of Engineering/ EPSRC Research Fellowship, having completed his PhD at Imperial College in 2002. He joined Imperial having graduated in Materials Science from Oxford in 1999. He is the author of more than 70 journal articles and editor of three textbooks, including Bio-glass: An Introduction. In 2010 he was presented with Robert L. Coble Award by the American Ceramics Society and in 2007 was awarded a prestigious Philip Leverhulme Prize for excellence in engineering. He is Chair of Technical Committee 4 (TC04) of the International Commission of Glass (ICG) and vice-chair of the Bioceramics Technical Interest Group (TIG) of the American Ceramic Society. http://www3.imperial.ac.uk/people/julian.r.jones

Julian Jones has research interests in scaffolds and nanoparticles for regenerative medicine, based on bioactive glasses, inorganic/ organic hybrids and nanocomposites. His team synthesise new glasses from melt-derived and sol-gel glasses and investigate how their composition, atomic structure and morphology affect cellular response. Hybrids are made with natural polymers and polymers synthesised in-house. Processing techniques being developed are foaming, freeze-casting, laser spinning and 3D printing. Applications are bone and cartilage regeneration and wound healing. 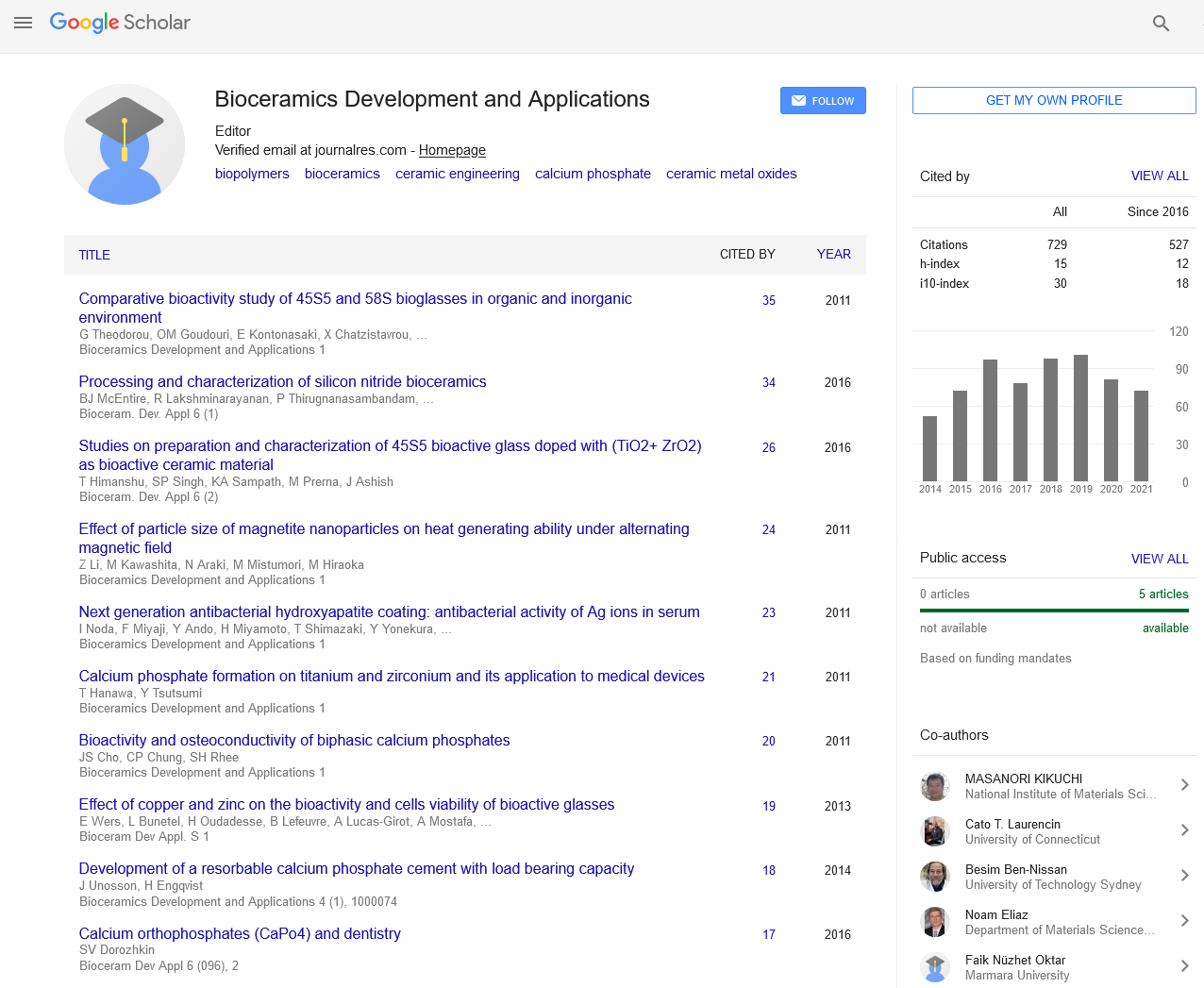