He was born on 12th February 1973 in Natal, Brazil , and he graduated as a medical doctor in 1996 at the Universidade Federal Rio Grande do Norte . His residence in internal medicine was concluded in 1998 and in rheumatology in 2000 at Universidade Federal de São Paulo . He defended a PhD thesis about risk factors for cardiovascular disease in primary antiphospholipid syndrome in São Paulo, Brazil, in 2007 and another PhD thesis in 2015 in Groningen , the Netherlands about HMGB1 in systemic vasculitis. I currently I work for the Universidade Federal de São Paulo as a rheumatologist where He is responsible for the vasculitis outpatient clinic . He is a member of the editorial board of the Brazilian Journal of Rheumatology and a member of the Vasc ulopathy Committee of the Brazilian Society of Rheumatology

Journal of Vasculitis received 48 citations as per Google Scholar report 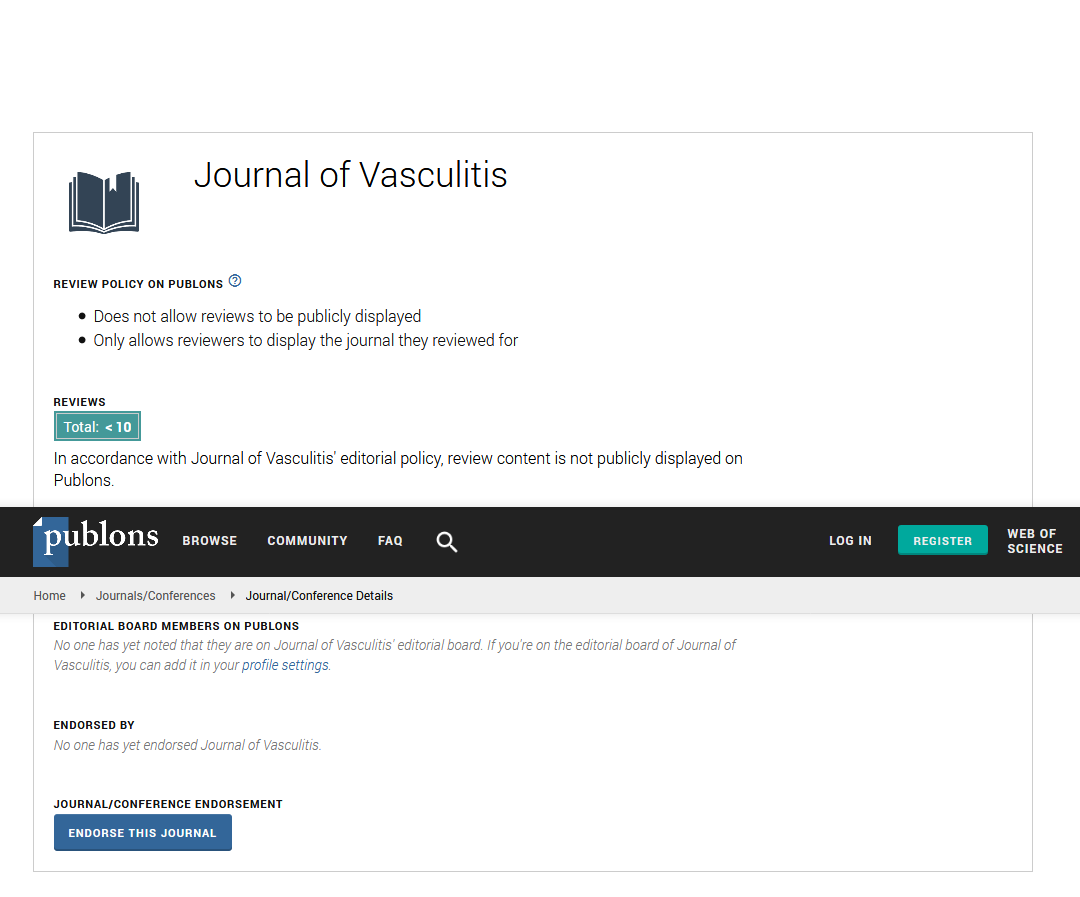