Globally, urbanization is one of the major issue contains such impacts on human being due to hampering the protection of nature and over access of human across the nature, are the ultimate of increasing temperature especially increased Carbon-di-oxide (Co2) in air. The degradation of surrounding environment due to over Carbon-di-oxide (Co2) leads people to being attacked by various diseases. Urbanization is the process of expansion of a city by increasing of total population/area in urban localities over time1. In the developing nations compare to the developed nations of the world, urban areas are containing largest population which are the ultimate of becoming mega cities and rapid urbanization. As per the data, by 1990 the average population of 100 largest cities of the world was above 5 million whereas in 1800 it was below 2 lacs. Further by 1990, there were 12 �??mega cities�?? along with above 10 million inhabitants and among these cities seven were in Asia, three in Latin America and two in the United States of America. 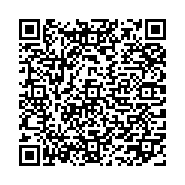