DCAF1 has been identified as a putative antiviral host target as well as a potential target to enable the proteasome-mediated degradation of therapeutic targets. It has a complex domain architecture, which contains a WD40 repeat (WDR) domain. The WDR domain is one of the most abundant protein-protein interactions (PPIs) domains in the human proteome. Given the significant role that PPIs play in many cellular processes and diseases there has been renewed interest in exploring WDR domain proteins, including DCAF1. Acting through the WDR domain, DCAF1 recruits substrate proteins to the CUL4A-RBX1-DDB1-DCAF1 E3 ubiquitin ligase complex for subsequent proteasomal degradation, which is the key process we aimed to modulate or exploit using small molecule probes. To discover novel DCAF1 probes, the interaction profiles of approximately 3 million commercially available compounds with ~8,500 proteins, including DCAF1, were rapidly predicted using Cyclica’s MatchMaker technology. Briefly, MatchMaker is a deep learning approach capable of assessing small molecule-protein interactions across the proteome. MatchMaker predictions informed the nomination of compounds based not only on predicted binding for DCAF1, but also on the lack of interaction with undesirable off-targets. Using MatchMaker predictions, alongside traditional CADD tools, we predicted and tested experimentally multiple hits for DCAF1, one of which, CYCA-117-70 was subsequently co-crystallized and deposited as the first co-crystal structure of DCAF1 in the PDB [PDB ID: 7SSE 3]. 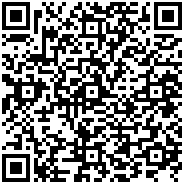