This manuscript deals with the synthesis ,computational and experimental evaluation of the antimicrobial activity of twenty nine 4-(indol-3-yl) thiazole-2-amines and 4-ιndol-3-yl)thiazole acylamines. Evaluation of antibacterial activity against Gram (+) and Gram (-) bacteria revealed that MIC of indole derivatives being in range of 0.06-1.88 mg/ml, while among fourteen methylindole derivatives only only six were active with MIC at 0.47-1.88 mg/ml. S.aureus appeared to be the most resistant strain, while S. typhimurium the most sensitive.Compound 5x was the most promising with MIC in range of 0.06-0.12 mg/ml, followed by 5d and 5m. Evaluation of these three compounds against resistant strains , namely, MRSA P. aeruginosa and E. coli revealed that they were more potent against MRSA than ampicillin.Furthermore, compounds 5m and 5x were superior inhibitors of biofilm formation thanampicillin and streptomycin in concentration of MIC. Compounds 5d, 5m and 5x interact with streptromycin being additive. Antifungal activity of some compounds exceeded or was equipotent with those of the reference antifungal agents bifonazole and ketoconazole. The most potent as antifungal agent was found to be compound 5g. Drug likeness scores of compounds was in range of -0.63 to 0.29, being moderate to good. According to docking studies E.coli Mur B inhibition is probable responsible for the antibacterial activity of compounds, whereas CYP51 inhibition implicated in antifungal activity. Compounds appeared to be on toxic according to the cytotoxicity assessment in MRC-5 cells. 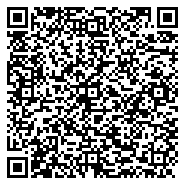