Diabetes mellitus is a group of metabolic diseases that has primarily been divided into type 1 and type 2 diabetes based on their underlying mechanisms. Numerous macrovascular and microvascular (retinopathy, neuropathy, and nephropathy) complications are linked to it. According to a meta-analysis from 2010, DR contributed to the blindness and visual impairment of 0.8 million out of the 32.4 million blind people worldwide and 3.7 million out of the 191 million MSVI people. In 2015, these figures sharply increased; 36 million people were estimated to be blind, with DR accounting for 1.1% of those cases. Additionally, DR was a factor in 1.3% of the 216 million cases of visual impairment in 2015. As diabetes's severity and duration increase, it becomes more common [1].

In a population-based study of young type 1 diabetic patients in southern Wisconsin, it was discovered that DR was more common there (17%) compared to cases with cases of diabetes that had been present for at least 15 years (97.5%). Additionally, the Diabetes Control and Complications Trial (DCCT)-EDIC (Epidemiology of Diabetes Interventions) study group recently conducted a 30-year follow-up study on people with type 1 diabetes and estimated that those without DR are more susceptible to progression of visual impairment (2.9%) than those with minor DR at baseline (5.7%). Another similar study found that diabetic men are more likely to experience DR because they have higher haemoglobin A1c levels, have had diabetes for a longer period of time, have higher systolic blood pressure, and use insulin more frequently. According to a cross-sectional study conducted in 1980, type 1 diabetic patients under the age of 30 have DR at a higher rate (71%) than those with type 2 diabetes who are older (39%) [2].

The most severe DR side effects are proliferative retinopathy and DME (PR). In the working-class population (20-79 years old), a pooled individual meta-analysis from 1980 to 2008 found that the prevalence of DR was 35%, followed by PDR at 7.2% and DME at 7.5%. Regardless of the length of diabetes, the insulin-dependent diabetes mellitus (IDDM) group was found to have higher rates of DR (77% vs. 32%), PDR (32% vs. 3%), and DME than the non-insulin-dependent diabetes mellitus (NIDDM) group (14% vs. 6% ). Young people, elderly type 1 diabetic patients, and elderly type 2 diabetic patients were the three groups studied in the Wisconsin Epidemiologic Study of Diabetic Retinopathy (WESDR) to determine the prevalence of PDR and DME. They discovered that PDR affects 23%, 10%, and only 3% of people in each group, respectively, making it the most common complication between the two. Additionally, the geographical area has a big impact on how common diabetic retinopathy is there [3,4].

In contrast to the population of Europe, it is common and dangerous to the eyesight among people from developing countries in Asia, Africa, Latin America, and those of indigenous tribal descent. The majority of the global DR incidence population (2.2-3.5%) is contributed by the South Asian nations of China, India, and Singapore. The two most populous nations in the world, China and India, have experienced exponential economic growth over the past century.

The residents' lifestyles, however, underwent a significant change as a result of this economic success, with unhealthy diets and less physical activity leading to obesity, hypertension, and high cholesterol, which further increased the burden of DR disease. Due to the fact that urban areas tend to have a more significant Westernized lifestyle than rural ones, DR has also been found to be widely prevalent in both China's and India's more developed urban areas. In India's urban and rural areas, respectively, DR affects 18.0% and 10.3% of type 2 diabetics. Parallel studies in China also showed that the prevalence of DR and VTDR (vision-threatening diabetic retinopathy) in the type 2 diabetic population was significantly lower in the less-advantaged areas compared to the urban areas (27.6% and 11.9% vs. 33.1% and 15.5%, respectively). It's interesting to note that studies have shown that racial differences only affect the prevalence of type 2 DM and not DR. Although a legitimate explanation for this discrepancy has not yet been discovered, it is assumed that racial and cultural practises may have encouraged DM risk factors such as alcohol consumption, the prevalence of cardiovascular disease, smoking, obesity, and hypertension but not DR risk factors. Due to the rising prevalence of diabetic retinopathy around the world, these data show that it has become a global concern. As a result, it is extremely important to develop better diagnostic, screening, and preventive strategies [3-5]. 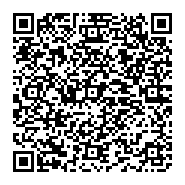