The rapid growth of urbanization leads to the cumulative effect of all the negative impacts in the form of pollution, production of waste heat from human activity, multiple diseases, water stress, and so on so forth. With the development or expansion of cities and towns significant vegetation is lost along with urban surfaces are paved or covered with buildings resulting into less shade and moisture to keep urban areas cool. It reveals the fact that Built-up areas evaporate less water resulting into elevated surface and air temperatures of the cities. The amount of urban heat island effect is experienced based on properties of urban materials which consist of solar reflectance, thermal emissivity and heat capacity along with ability to reflect, emit and absorb the suns energy. These conceptual issues lead to warming of urban areas as compared to their rural surroundings, a phenomenon known as the “heat island effect.” An effort has been made in the present paper by the authors to describe the effect of heat island effect on urban environment and its planning. An effort has also been made to suggest mitigating measures to combat heat island effects in urban areas. 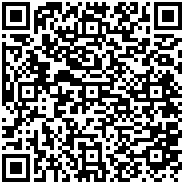