The lack of level land in slope territory has driven the construction of building on slope Slant. Due to the slope of the land, structures in hilly terrain have unique structural configurations that use varying foundation levels. The asymmetry and irregularity of the building's vertical and horizontal directions provides a noticeable dynamic feature in the shape of the structure on the slope.

On sloping terrain, set-back, step-back, and step-back set-back buildings are the most common building configurations to be seen. In current research work, step-back set-back building are used alongside flat-slab buildings with drop-panel and perimetric beams on sloping land with different gradients. The drop panels are provided to prevent punching shear failure and perimetric beams are provided to reduce the displacement. The different models of G+9 storey building that are considered in the present study are as follows; model M1-structure resting on 0° slope, 2) Model M2-structure resting on 15° slope, 3) Model M3-structure resting on 30° slope in seismic zone V. The building models and characteristics as such storey shear, storey displacement, storey drift, storey stiffness and torsional irregularity are examined while doing the static, dynamic, and time history analysis. In the present study, the storey displacement is found maximum for model M1 and with the increase in slope the storey displacement gets reduced. The storey drift ratio is found more in model M1 and with the increase in slope, the drift decrease. The storey shear is more prevalent in model M1 when compared to other two models. Also there is an irregular variation in storey shear for models M2 and M3. During the design inspection, the short-column effect is observed in columns with restricted height owing to the slope of the ground. The torsional irregularity in all the building models is found to be within safe permissible limits as per IS-1893 2016. The tabular findings and a graphical comparison of the results are provided. 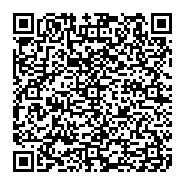