Carcinoma of Uterine cervix is the second most common cancer affecting females in India. Concurrent chemoradiation has remained the sole definitive treatment available in the locally advanced stages. Our study was planned to take the advantage of radiosensitisation accruing due to chemotherapy at the time of brachytherapy when approximately forty percent of total tumour dose is applied.Study design was prospective, randomized and comparative.100 patients with locally advanced squamous cell carcinoma of cervix (FIGO stage IIB to IVA) were included from 2017 to 2019 and divided into two arms of 50 patients each as per computer generated random number list .All were given concurrent chemoradiation followed by 3 insertions of brachytherapy as per the Manchester System, each application was 7Gy by HDR. Patients in Arm A (Study Arm) received cisplatin 40mg/m2 along with EBRT and brachytherapy and Arm B (Control Arm) received cisplatin 40mg/m2 along with EBRT only. 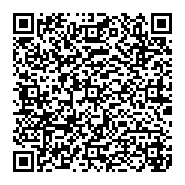 Blocking PD1/PDL1 Interactions Together with MLN4924 Therapy is a Potential Strategy for Glioma Treatment
Advances in NKT cell Immunotherapy for Glioblastoma.