Mitigating the impact of climate change and striving for appropriate resource and raw material management are two of the most pressing issues of our time. Industrial processes must also be adjusted in order to achieve those goals. This development must, among other things, try to replace nonsustainable practises with environmentally beneficial ones. Adsorption technologies could be used to replace unsustainable techniques like distillation in order to separate hydrocarbons. Metal-organic frameworks are good candidates for conducting extremely efficient adsorption procedures to separate hydrocarbons because of their high surface-tovolume ratio and the vast range of options for designing and modifying the pore environment. However, for a wide range of industrial applications, a thorough understanding of separation effects and the behaviour of guest molecules within metal-organic framework channels is required. Apart from the well-known separation processes based on enthalpic, kinetic, or steric (i.e., sieving) differences, there is a third process based on entropic effects that appears to be virtually unknown and, as a result, is frequently overlooked. The efficiency with which guest molecules can organise themselves inside the channels of nanoporous materials is described by these entropic effects. Entropic separations are of particular importance because of the high selectivities that can be achieved. The goal of this talk is to provide a brief overview of entropic separation effects and to demonstrate individual results from Monte Carlo simulations of entropic hydrocarbon separation. 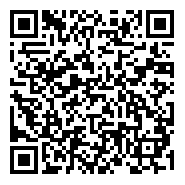