HIV-AIDS, is not a Viral Disease; It is a Metabolic Syndrome

In the past 3 decades, we have been living with the hypothesis that, “HIV causes AIDS.” HIV, Human Immunodeficiency Virus is considered as the causative agent of AIDS, Acquired Immunodeficiency Syndrome; wherein the body's immune system gets damaged opening doors for major infections. However, the 3 Noble prize winner prestigious scientists including Luc Montagnier (discovered HIV), Kary Mullis (invented PCR test for HIV detection), and Wangari Maathai, (renowned African environmentalist), along with thousands of other scientists and intellects worked on the other side of the coin to prove back and again that the above said theory is a misconception. Last 35 years have provided immense literature and investigation evidences to firmly conclude that HIV is not the real cause of AIDS. On the other hand, malnutrition and metabolic syndrome due to drug abuse have been pointed as the real convicts. This review article revolves around the same theory for better understanding the HIV-AIDS hypothesis to be fallacious and search for valid causes. 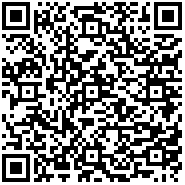