Drones and Possibilities of Their Using

This article shows the drones and possibilities of their using. First there was discussed construction of the drone, which the most important elements are frame, propellers, engine, system of power the electronic control and communication system. A drone is powered by batteries, which is the major drawback, because it is exhausted after 15 minutes of flight, causing a decrease drone on the ground. The lithium-polymer batteries are used for powering the drones. Then there were compared the military and civilian drones on selected examples. Military drones differ from civil of size and drive. They are bigger and powered by internal combustion engines. Civil drones are driven by electric motors. Next there were shown the possibilities of using the drones. They can be used by the public services (like police, fire brigades, border guards), by army, in industry, for taking photos and filming, in delivering shipments. The article shows the danger connecting with using the drones. The main danger of using the drones is the fall of a drone from a great height, which may be due discharge of the battery, damage caused by weather conditions (low air temperature, precipitation), hitting in an obstacle (tree, building, high-voltage line). Currently a lot of projects related to the development of power for drones are conducted like battery of grapheme, pure lithium anodes, and fuel cells. A very important risks associated with the extensive use of civilian drones is related with privacy and the rights of citizens. 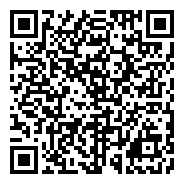