Assessment of Agro Biodiversity through the foldscope

The study of agrobiodiversity is crucial in the current climate change context because it aids in the development of genotypes that are climate change resilient. This aids in the development of climate-smart plants. Agrobiodiversity refers to the diversity of living creatures that contribute to the production of food and agriculture. This encompasses diversity within and between species, as well as within environments. Foldscope is a low-cost paper microscope with a magnification of 140X and a resolution of 2 microns that is robust and portable. Manu Prakash and Jim Cybulski of Stanford University in the United States devised this. The Foldscope may be used to investigate and learn about biodiversity in crop plants, microorganisms, and insects. This aids in the education of students as well as the development of research methodologies to achieve desired outcomes. In this experiment, we're looking at seed morphology, seedling characters (root, shoot, pigmentation), leaf characters (leaf serration, leaf sheath), flower characteristics (Calyx, Corolla, Androecium, Gynoecium), and distinctive features in cereals, pulses, oilseeds, and commercial crops. Variability is an important component of genetic resources, allowing breeders to use it to improve crops around the world by using it for desirable traits and in desirable directions. We're currently investigating rice types for their root hair properties, which we've quantified using Foldscope. The root hair length and density/mm2 observations for different rice types demonstrated that there is diversity, which can be used to evaluate nutrient and water use efficiency. Other crop parameters will be investigated in the same way.

A Foldscope is a low-cost science gadget that consists of a sheet of paper and a lens that may be made from simple components. It was created by Dr. Manu Prakash and is intended to be built for less than $1. It's part of the "frugal science" movement, which strives to make low-cost, easy-touse scientific equipment available in underdeveloped countries. The Indian government's Department of Biotechnology (DBT) and Stanford University's Prakash Lab signed an agreement to deliver the Foldscope to India to foster scientific curiosity. It is used to teach students in biology, chemistry, physics, and a variety of other subjects. With these facts in mind, the book's editors and authors attempted to compile their research and review perspectives on Foldscope usage and its numerous uses. The goal of this book is to make it easier for students, instructors, researchers, scientists, and the general public to use Foldscope as an instructional and research tool. The Department of Biotechnology, Government of India, is acknowledged by several writers who are also Project Investigators and recipients of the Foldscope research award. The authors believe that this book will provide not only enjoyable reading but also practical knowledge in the field of Foldscope microscopy to those who use it. It would be a big contribution if we used the variability measured by Foldscope in crop improvement, plant microbe interaction research, and the development of pest resistance plants, all of which would contribute to better food and agriculture in the face of climate change. 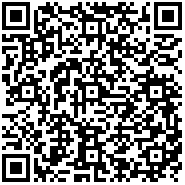