Does Mitochondrial DNA T2e1 Reflect Traces of Judaism on the “Down-Low”?

The genetic origins of European Jewish women remain controversial and new insights may be obtained through the less studied “other European Jews”, the Sephardim. The branch T2e1 of the mitochondrial DNA phylogenetic tree contains two Sephardic branches distant from one another. To investigate further, the largest analysis of T2e1 to date is presented with 40 new complete T2e1 mitochondrial DNA sequences (mitogenomes) from Europeandescended individuals, doubling the number available. Additionally, nearly 8000 control region sequences from 37 studies were re-considered for T2e1 specifically, from areas high in T2e (Near East, Italy) and areas low in T2e but Sephardic related (Spain, Portugal). These revealed unexpectedly an absence of T2e1 in the Near East and a high number in Spain. By contrast, numerous T2e-Other sequences were in the Near East and Italy with considerable overlap. The mitogenomes elucidated new branches of T2e1 at varying distances from the Sephardic branches including the closest, an Irish-specific clade (4107T), the most populous (nonsynonomous 14180C with unknown biological effect) from Norway (also Sweden, Germany, British Isles), and the root node of T2e1a (2308G) . The findings suggest an origin or early arrival of T2e1 in Europe whilst for T2e, strengthens the role of Near East and its early free travel with the Mediterranean. Quiet Judaism (down-low) may have produced T2e1 branches where Jewish identity was lost, such as from Sephardics who took the Northern route after the Iberian expulsion. The Scandinavian branches may reflect Nordic conquest of British Isles and solve a mystery of a T2e1 hot spot in Iceland. The Near East-Mediterranean origins of T2e resemble that reported for Ashkenazi maternal lineages; other Sephardic haplogroups are needed to assess generality of this common origin. Additional insight may be obtained with the first Jews to enter Europe, the Romaniots, the other other European Jews. 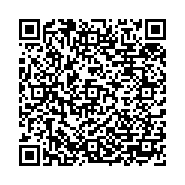